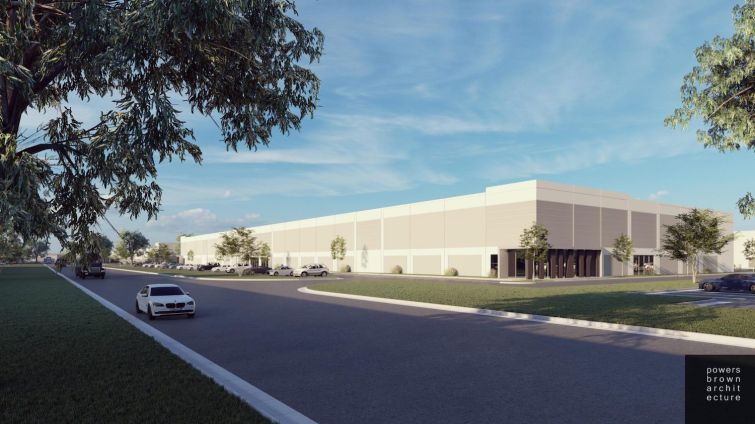 One of the National Capital Business Park buildings. Rendering: Manekin

The 13-building, $1 billion campus is projected to include approximately 5.5 million square feet of warehouse, distribution and light manufacturing space. The first phase of the project is slated to be completed in mid-2023.

The joint venture acquired the 442-acre property in Prince George’s County in January 2021 for $20 million.

Located only five miles from the Capital Beltway in Washington, D.C., the property is one of the few remaining large tracts of undeveloped land that can accommodate industrial development.

Ferguson Enterprises’ space will be the company’s 11th warehouse in the U.S., and will be utilized to supply next-day deliveries to stores and customers within a 100-mile radius of the D.C. area, according to the company.

Requests for comment from the tenant and landlord were not immediately returned.