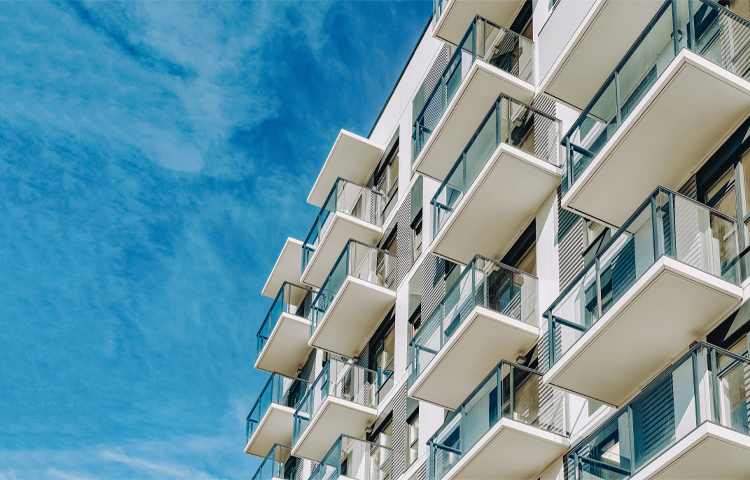 Commercial Observer recently spoke with Neil Sonenberg, a CPA and career veteran in real estate accounting, about the prospects of multifamily condominiums and co-operatives. He provides insights into what’s hot and what’s not, and how real estate investments and developments are regarded in an uncertain economy.

Commercial Observer: What new broad trends are you seeing in the multifamily ownership market this year?

Neil Sonenberg: Since the COVID-19 pandemic, many developers are spending more time analyzing the tri-state area, as well as exploring Florida, Arizona and Colorado, ripe for condominium development. These developers are changing their focus. In the past they’ve concentrated on the commercial arena, especially office space for professional and service industries, as well as high-tech industries where long-term leasing is the norm. They are now turning their focus to what people really need: residential space, to park themselves as well as their families.

Condos or co-ops? Are they being built at the same rate, or do developers prefer one over the other in the current economy?

Condominiums are generally more popular in the marketplace than cooperative developments. Co-ops have many more restrictions embedded in their bylaws, and the individual investors do not own the apartment itself, but rather they own shares of stock in the development. This allows the board of directors to control many more aspects of operations for a co-op, accordingly, reducing its marketability in the open market. When one buys a condominium, you live there as if you’ve purchased a home. It is your own premises and builds equity, normally generating future appreciation. Developers enjoy the condominium’s more marketable model, as it allows them to get their original investment out of the venture much more quickly than in a co-op offering. Hard costs have gotten very high in the marketplace, incentivizing venture capitalists to get their principal out and play with house money.

Condos and co-ops are coming with some interesting amenities these days. Are they paying off for the developers?

The mixed retail/residential model appears to be generating profits for many condominium developers today, especially in Manhattan. Many retail spaces in these developments are generating monthly square-footage rents of between $5,000 and $10,000. The condominium unit holders obviously receive the benefit of these large commercial rents, as they supplement the costs of operations of the condominium, keeping monthly maintenance quite reasonable. This is probably the most attractive selling point for a condominium unit holder. Amenities also help sell condominiums by attracting buyers. Key amenities include an exquisite, unique lobby; state-of-the-art gymnasiums with new equipment, perhaps sporting a swimming pool and sauna; as well as offering additional storage space. The fact that more people are working at home these days requires even prewar buildings to offer updated electricity/internet services. Some developers offer restaurants within the first floor of a building, but this amenity for the most part has resulted in a money pit for developers and has not brought in the results they desire. Certainly, luxury-end condos have used additional high-end hard costs, lining elevators, gymnasiums, and lobbies with gold and/or platinum finishes, materials that often attract the foreign market.

The economy is volatile right now with high inflation, an extremely tight labor market and rising interest rates. At the same time, it was recently reported that New York City’s commercial real estate investment sales market soared in the first half of 2022, with $21.6 billion of total volume — a 99 percent increase year-over-year. How do those factors square, and what do they portend for the near future?

Let me analyze these broad stroke estimates more closely. We are coming off a year, 2021, where we are recovering from the COVID epidemic. There was minimal growth, and that is where your 99 percent year-over-year data emanates. The market has improved but is still tentative. Inflation is on everyone’s mind. Will the Fed dial the economy to the perfect equilibrium without causing a recession? That is the million-dollar question. Again, the bold developers feel they have seen the light and have placed their bets in converting commercial space for condominiums or rentals. I see this at the incipient stages, but the signs are there. You certainly don’t want to be building a white elephant, meaning buildings that people can’t afford to occupy.

What pressures are real estate investors facing these days?

There is a great deal of concern with the tax package that was recently passed. The package includes provisions impacting very large developers making a billion dollars of gross sales or more, which could affect their depreciation deductions. It avoided any carried interest provisions, but that proviso may come back in future legislation. The stock market also impacts development as it gains traction, as it has done very recently, and you may start seeing less reticence within the investment community. However, be aware that September and October traditionally are dangerous months on Wall Street.

What tax incentives – local, state and federal – are key components of multifamily development plans these days as the economy becomes more volatile?

Condominium and cooperative corporations generally run at a break-even level as a result of depreciation from the building shielding them from any profits that may inure from their operations. Depreciation on building, improvements and equipment can run between three and 31.5 years. However, New York State and New York City generally tax co-ops and condominiums on a capital/fair market value basis. Although these generally amount to perhaps 2 percent to 3 percent of maintenance, the good news is that New York State has legislated a holiday for this capital tax as it applies to cooperative entities. There also is a small business provision that benefits condominiums and co-ops from New York State taxes. Nevertheless, owners of both are strongly impacted by New York City real estate taxes. Generally, between 40 percent and 60 percent of a co-op’s budget is used to pay for these real estate taxes. Accordingly, many co-ops and condominiums engage a certiorari attorney to petition the court for an abatement, which could result in a 10 percent to 20 percent reduction in these taxes. As the accountants, we participate in this procedure by issuing a certified specific certiorari audit which analyzes the income and expenses for the cooperative corporation.

What’s ahead for the New York condo and co-op market?

Reiterating, the business community is extremely nervous about the economy. During times of volatility, there’s always a fear of the unknown. However, as the adage goes: no risk, no reward. Often, the time to make a move is when things are uncertain and everyone else is running for safety. Right now, the middle market deals — the $60 million to $70 million deals — are not happening. But New York is not dead. The people with guts are investing in residential space, including converting commercial space. One truism that I have learned over my career is that if you are a patient person and have a long-term plan, you’re going to do OK in real estate. You put money in the ground, and it never goes dead. It always seems to grow.