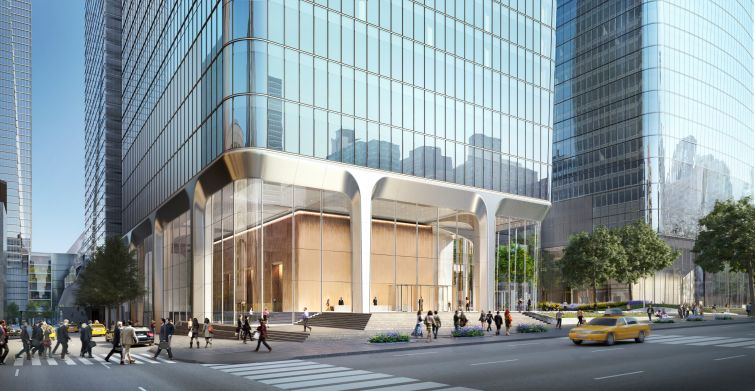 Hedge fund D.E. Shaw & Co. will upgrade its offices to 283,000 square feet at Brookfield Properties’ under-construction 2 Manhattan West, according to the landlord.

D.E. Shaw took eight floors of the 58-story Hudson Yards skyscraper to relocate its headquarters from 195,000 square feet at 1166 Avenue of the Americas, Bloomberg first reported.

A spokesperson for Brookfield declined to provide the terms of the deal but said it was a “long-term” lease.

D.E. Shaw has been headquartered at 1166 Avenue of the Americas since 2010 and renewed its space there in 2016, as Commercial Observer previously reported. It plans to move to 2 Manhattan West in 2024, according to Brookfield.

The 1.9 million-square-foot 2 Manhattan West will be the final addition to Brookfield’s $4.5 billion Manhattan West project and is slated to be completed in 2023. Brookfield previously signed deals with law firms Cravath, Swaine & Moore and Clifford Chance in the building, and last month accounting firm KPMG took 456,000 square feet in the skyscraper.

A spokesperson for CBRE did not immediately respond to a request for comment. A C&W spokesperson declined to comment.