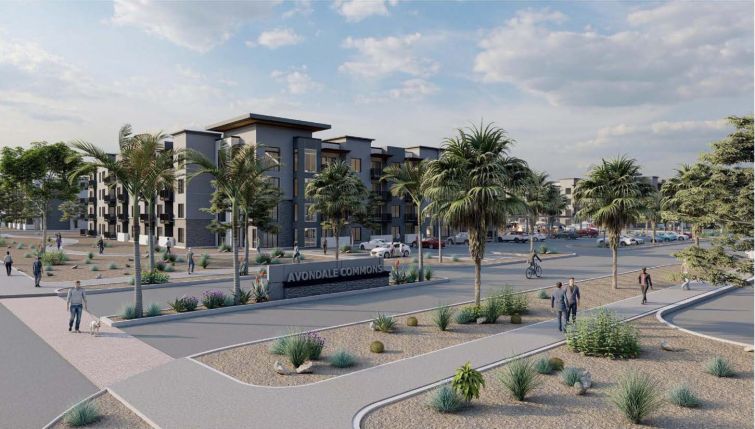 Overland Development has landed a $79 million construction loan to finance the development of Avondale Commons, a 324-unit multifamily project in Phoenix, Commercial Observer can first report.

Located at the northwest corner of McDowell Road and Avondale Blvd, Avondale Commons is a two-phase mixed-use development on 22.6 acres. Churchill’s loan finances phase one, which consists of four four-story apartment buildings containing 292 multifamily units and 32 townhome units, scheduled to be completed in December 2024. Amenities will include a clubhouse with a fitness center, a pool, a playground, pickleball courts, BBQ areas and walking trails. The project will also feature 582 parking spaces.

“We are pleased to expand our relationship with Overland by providing this customized financing solution on such a transformative project,” said Robertson in prepared remarks. “Being a reliable capital partner for repeat borrowers is the backbone of Churchill’s growth story. This deal further demonstrates proof of that.”

“This inward migration has put a strain on the existing apartment supply, which is evidenced by local absorption outpacing deliveries by 1,600 units over the last decade,” added Rosenfeld.

Officials at Overland Development did not immediately respond to a request for comment.