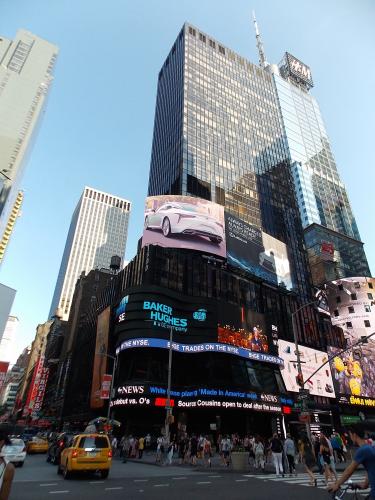 Quick! Look busy, the Cake Boss is on his way.

The international chain, which is the brainchild of Buddy Valastro, star of the TLC series “Cake Boss,” will open at Tamares Group’s 1500 Broadway, where it signed a 2,196-square-foot ground-floor lease for a term of 15 years, according to the brokers.

Valastro will have to sell a lot of cannoli, however, with the asking rent starting at $1,250 per square foot, or $2.7 million per month, according to CBRE.

“When people come from all over the city or from all over the world, I think they’re going to appreciate the love and quality that we put into our delicious pastries, desserts, cookies and cakes because we’re still doing it the old-fashioned way,” Valastro said in a statement.

“We started looking for space with Buddy in early 2021 in the middle of the pandemic,” Roseman said in a statement. “At that time, he was very bullish on the recovery of New York City’s retail scene and was willing to take a huge gamble on it happening. The deal at 1500 Broadway is the culmination of both sides working closely together in challenging times to create a special and unique experience.”

Stanford noted that the bakery will have no shortage of foot traffic with ABC News’ “Good Morning America” studio right next door and the typically crammed conditions on sidewalks in Times Square.

The future location of Carlo’s Bakery is currently occupied by Sephora.