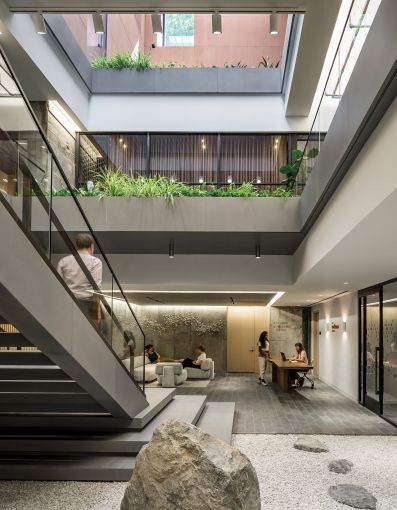 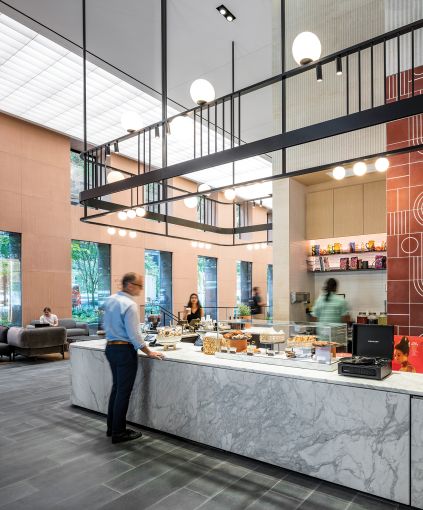 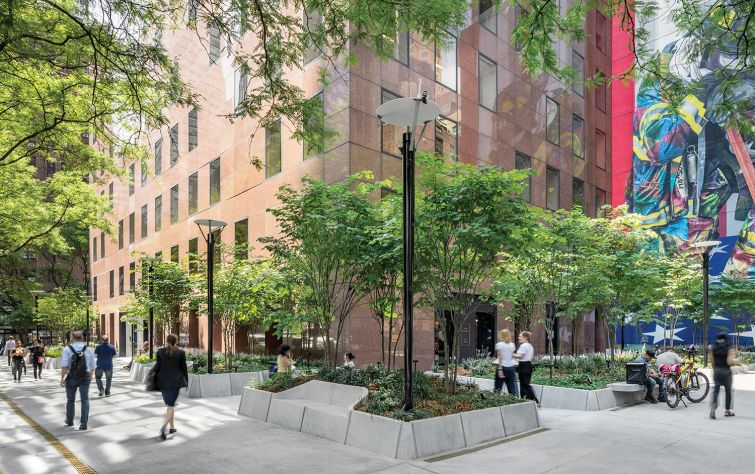 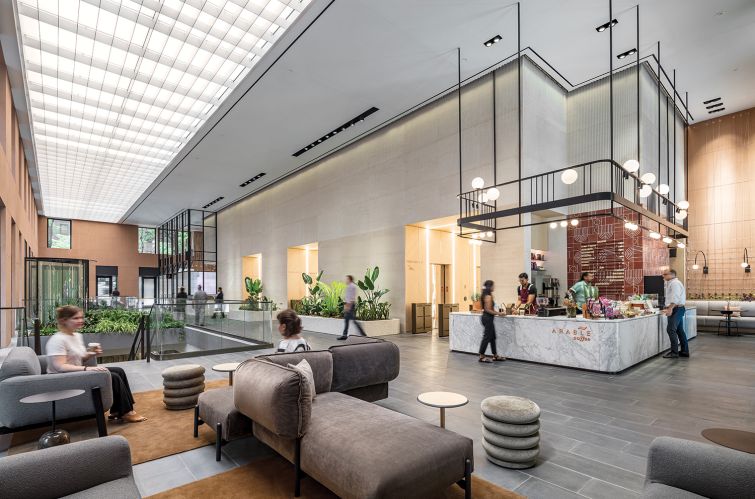 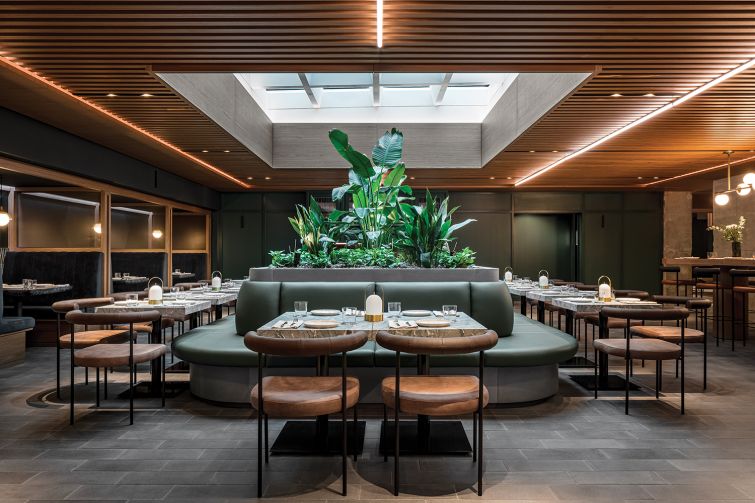 Before the pandemic, 780 Third Avenue had the same kind of lifeless sidewalks as many Midtown office buildings. Set back from the street, the 49-story tower had massive public plazas surrounding it on three sides, which were basically empty save for a handful of trees and a bench or two.

Landlord Nuveen Real Estate tapped Architecture Plus Information to create what it calls “The Gardens at 780,” a $40 million renovation of the public outdoor spaces, lobby  and basements. The plazas now feature new plantings, seating and a walkable skylight that allows sunlight into the building’s lower level. The lobby has been revamped with a new coffee bar, a small cafe and wine bar, new stone floors and wall paneling, and midcentury-inspired, modular gray couches and low tables. The first floor also has several planted areas with a variety of ferns, along with a large, floating staircase down to the lower level.

“We had a building that had this great setback, and you would go into this building and it felt coffin-like, you felt enclosed,” said Brian Wallick, Nuveen’s director of New York investments. “It felt like a bank where the windows weren’t accessible, and there wasn’t much light.”

The first of the building’s two basements has been converted to lounges, conference rooms and a restaurant. Large light wells have been carved into the lobby to bring light down into the lounges, and the skylight set into the public plaza lets sunlight into the restaurant. A second staircase connects the lobby cafe — which is hidden behind a wall of frosted-glass panels — to the restaurant downstairs.

Architecture Plus Information’s Neil Bartley described the pre-renovation building as “an impressive fortress.” He said the architects tried to “to really be minimal about it and unclog it.

“We just wanted to open it up — to the public, to the gardens, to the subterranean levels,” Bartley said. “We wanted to bring in more plants, more lower-level lighting, more integrated seating, pockets of places to be within the gardens, and then hopefully draw people into the lobby itself. The square footage underground wasn’t usable or desirable, so we wanted to bring in natural light and make it feel more open and welcoming.”

Flexible office space operator Industrious is running the lounge and conference rooms, which will be reservable. And DMK Hospitality — founded by the heir to the Morton’s Steakhouse chain — will handle the food and beverage offerings. The restaurant, La Folia, is set to open in mid-October.

The second basement level will become a gym and wellness center, with rooms for yoga, meditation and massages. Construction began in May of 2020, and was completed on the first floor and lower level in August.