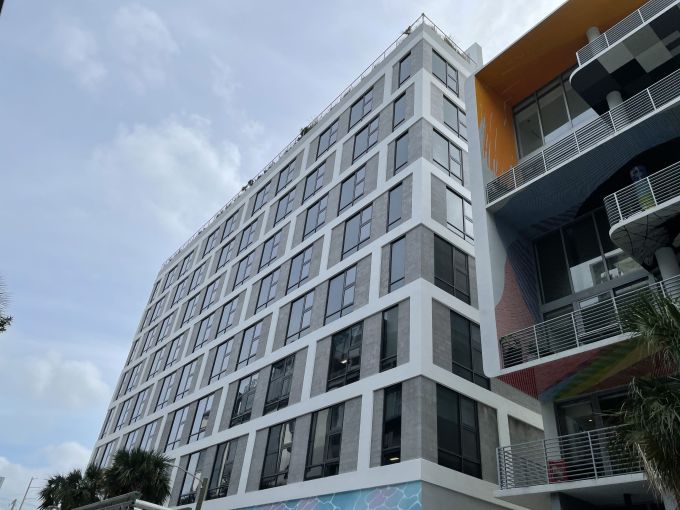 San Francisco transplant Brick & Timber Collective is under contract to buy the office building, formerly known as the Cube Wynwd, for about $60 million, according to sources with knowledge of the deal.

The purchase would mark Brick & Timber’s third acquisition in Miami’s Wynwood district, which has emerged as a tech hub over the past two years with venture capital firms such as Atomic and Founders Fund moving in.

Earlier this year, the San Francisco-based investor paid $49 million for the Wynwood Annex, another office building, located across the street from its newly acquired property. It also bought a nearby three-story building for $9 million in May, situated at 2734 Northwest First Avenue.

The deal is expected to close in September, the sources said. The sellers, Tricera Capital and Lndmrk Development, will retain a 20 percent stake, according to The Real Deal, which first reported the impending sale.

The joint venture, led by Ben Mandall and Alex Karakhanian, bought the eight-story property, built in 2018, for $27 million last year, per records. The Cube’s developers, JZ Capital and RedSky Capital, faced financial difficulties and offloaded a number of Wynwood properties, including a 1.5-acre site to the Fisher Brothers.