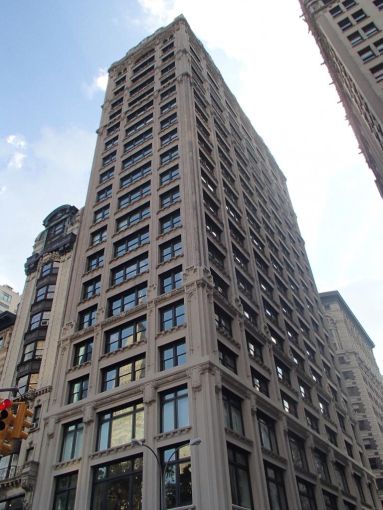 Thor Equities sued its insurer Hiscox for failing to cover $3.4 million Madison Equities’ CEO Robert Gladstone allegedly stole from Thor while the two were partners on a luxury condominium project, according to a lawsuit filed Wednesday.

Thor alleged that Gladstone, which Thor partnered with to manage 212 Fifth Avenue, absconded with the cash after selling all 48 units of the NoMad condo building in 2019 without telling Thor.

Even after a judge ruled in favor of an earlier lawsuit against Gladstone to pony up the funds, he allegedly failed to do so, and now Thor wants Hiscox to cover the bill due to its insurance policy protecting it from theft, according to the suit filed in New York County Supreme Court.

Thor argued Gladstone’s alleged robbery should be covered under its $5 million policy with Hiscox under the “employee theft” clause, since Gladstone was the sole member of the entity Thor and Madison formed to manage the condo property, according to the suit. That entity holds a 4.3 percent ownership in the joint venture while Thor’s chairman, Joseph Sitt, has less than a 2 percent stake. The building’s co-developer Building and Land Technology (BLT) owns the remaining 95.7 percent.

However, Hiscox shot back that the entity Thor and Gladstone formed is not a subsidiary of Thor and wouldn’t qualify for coverage. Hiscox added that Gladstone is not an employee since he has an ownership stake and questioned whether he stole the money at all, according to the lawsuit. But Thor alleged that Hiscox’s arguments are just a tactic to stall the case.

“Hiscox has not merely denied coverage for the claim, but from the outset it has engaged in a campaign of obfuscation and delay,” the suit read. “This is indisputably a theft, and it is the type of theft from the type of entity squarely covered under the policy.”

The apartment building attracted ultra-rich buyers including Amazon CEO Jeff Bezos, Kushner Companies head Charles Kushner and JLL’s Peter Riguardi, but proved to be a headache for its investors. It has faced two other lawsuits, one over the property’s brokers and another when a handful of investors accused Gladstone of mismanaging the project’s finances and misappropriating its funds in 2020.

Madison Equities settled the investor case for $1 million, but Thor has been locked in a years-long legal battle of its own with Gladstone. The company alleged that BLT informed Thor in 2019 that it should receive $3.4 million from condo sales. After months of back and forth between Thor and Madison Equities, Gladstone admitted that he owed Thor the money and agreed to pay more than $3.6 million in December 2019 to cover the original sum plus interest, but still hasn’t paid a dime, the latest suit alleged.