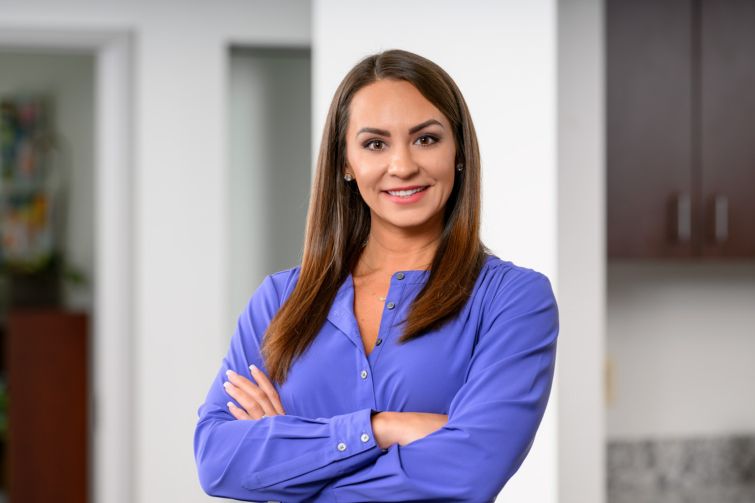 Marley Welsh gravitated to the commercial real estate industry immediately upon graduating from college. Welsh started off in the marketing sector but quickly realized she was more inspired by problem solving and being involved with a variety of different industries and people on a daily basis.

So, while real estate was not initially her top career choice, she couldn’t imagine working in any other profession today.

As vice president of Lee & Associates-Maryland. Welsh’s specialty has been matching up brewery clients with landlords, which has earned her the nickname “the Brewery Queen” around the area.

For instance, this year she has closed 42 deals, including with a number of brewery clients.

Welsh recently spoke to Commercial Observer about the specifics of brewery placement, as well as what it’s taken for her to become successful.

You’re known as the Brewery Queen—how did you come to earn this moniker?

Well, you could have many worse titles, right? I guess it is because the craft brewery trend really took off during my early years in brokerage. Over the past eight years, I have been involved in the lease process for seven breweries and one distillery, ranging from 3,000 to 24,000 square feet of space in the Maryland area. I am also currently working with a brewery to secure a taproom location.

You will never walk into a brewery without seeing people having a good time, so it is fun to be around and work in this sector. There are numerous obstacles that stand in the way of any prospective brewery, including gathering the necessary permits, locating spaces with proper zoning and finding open-minded landlords. It is also exceedingly expensive to open even a small craft brewery operation. However, it is rewarding to help these businesses through the process to find a space where they can be successful. It’s also pretty cool to tell people I was a part of it. As people have read and learned about my success finding space for breweries, it has led to additional opportunities.

What are some of your biggest deals in this sector?

Among the most rewarding was matching a space for Cult Classic Brewing Company in the Stevensville section of Queen Anne’s County, which actually backfilled a former ACME Supermarket. The 24,118-square-foot store overlooks MD Route 50 and is visible to the many people traveling to and from Ocean City and other resort towns and beach points each weekend. The requirement did not start in Queen Anne’s County, but the building presented itself and needed a new life. The open layout of the former grocery store suited Cult Classic Brewing Company’s requirement to retrofit the space with customized functions. It has great retail visibility and the lot was conducive to handle large trucks delivering or receiving product, as well as parking for the general public visiting the tap room.

Why are breweries so popular these days?

The craft brewing industry in Maryland gained momentum after regulations were relaxed several years ago to allow higher production volume. Maryland still lags behind its closest neighbors in Pennsylvania and Virginia in the number of breweries and taprooms but, since that law change, new breweries have opened across the state and have become a central gathering spot, and economic generator, for many communities. Craft brewers have become extremely creative with their varieties, as well as savvy marketers with regularly-changing food trucks and live music.

How did the pandemic impact this sector?

With restaurants closed and entertainment options limited, alcohol consumption significantly rose during the pandemic, with some reports of a 20 percent increase during the March through September 2020 period. As shelter-at-home restrictions began to lift, the first categories to benefit were those venues with outdoor seating including brewery taprooms. I would venture to say that, as consumers tried different social options including visiting a local brewery for the first time, habits were changed from the experience and new customers were won.

What sort of space makes for a good brewery? What do tenants look for?

I feel industrial and flex buildings work best, functionally and cost wise. These buildings include an open warehouse component with loading doors, deep truck courts and high ceilings to accommodate large brewing equipment and the capability of handling various production, bottling, and logistics operations while also offering the space necessary to creatively design and build out the essential tap room in the front of the space. Nonetheless, we have seen successfully placed breweries in adaptive reuse projects, retail spaces and even vacant grocery stores. Outdoor seating, event programming, food truck access, neighboring tenants and adequate parking facilities are all also important items to consider when evaluating spaces.

What’s the secret to matching tenants and owners?

I think it begins with having an extremely thorough understanding of the regional real estate market so when a company has a requirement the broker can quickly compile and present viable options. It is also extremely vital to maintain strong relationships with landlords, as well as peers in the brokerage community to ensure a smooth and successful transaction. Maintaining good relationships and staying in the know can help uncover an option or “match” that may have not even hit the market yet. The overall secret is hard work, dedication and persistence.

What are some of your latest deals overall?

Last year I completed almost 100 deals, small and large. One of my most exciting recent projects was a brand-new 66,000-square-foot industrial building in Glen Burnie owned and developed by Hill Management Services. My partner Kate Jordan and I were able to list and lease the entire building before it was fully completed. It was great to be a part of the process, from seeing the drawings on paper and giving our feedback on design to watching it come out of the ground and filling it with businesses.

So far this year, I have closed 42 deals. In the month of July, I closed eight deals which included a mix of listing assignments, tenant representation, renewals and new deals, totaling about 71,000 square feet.

What does it take to be a success in this field?

This might sound clichéd, but being a good listener would probably be at the top of my list, followed by really hard work and a never-give-up attitude. Brokers spend a lot of time pursuing deals or requirements that never bear fruit, so it is also important to have resiliency and a tough exterior. You get turned down a lot in this business, but you have to keep your head down and keep moving.

I recently earned my Society of Industrial and Office Realtors (SIOR) designation and I will add that to the list because it is an important accomplishment. You can only gain entry to this network by reaching certain performance benchmarks, while also demonstrating professional ethics. As a result, companies that choose to work with an SIOR can be assured that they are working with an expert with the highest integrity and a strong track record of success. There are only three women SIORs in the local chapter and I am proud to add my name to the list.