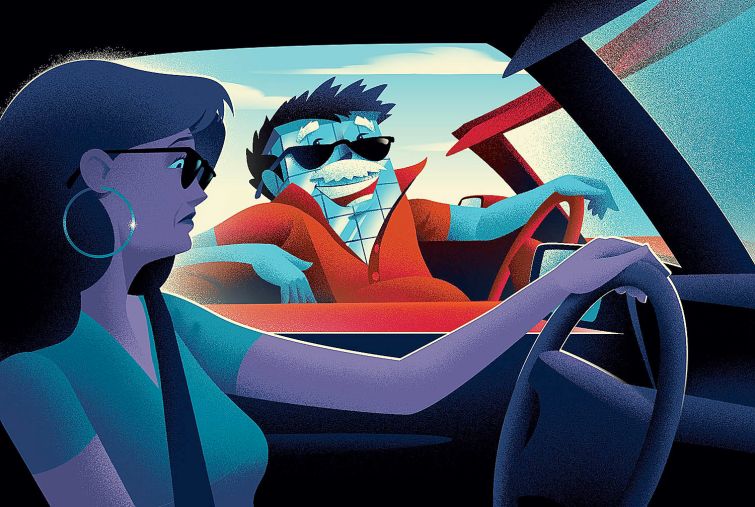 Unlike ’80s pop culture, American office towers from the ’80s are hitting middle age without renewed appreciation, cultural cachet or much of a plan for their later years. The prognosis for aging gracefully becomes even less realistic with the pandemic’s reshaping of the office market, ruthlessly shrinking demand while focusing attention on a younger, hipper, more amenitized crowd of office towers.

“Forty floors of office space with a barista on the ground floor is pretty stale,” said Andrea Vanecko, corporate market lead for architecture and design firm NBBJ. “With the anticipated reduction in need for office space, and a lack of a dynamic to attract people back, I think it’s a no-win situation.”

The origins of this so-called “midlife crisis” rest in the significant production of office buildings in the 1980s. JLL data for Seattle, for instance, found that the city gained roughly 15.2 million square feet of office space during the decade, just shy of the total amount of office space that had been produced in Seattle leading up to that decade.

Nationally, the picture is just as pointed. From 1980 to 1989, the U.S. added 1.6 billion square feet of office space, nearly a third of today’s total supply, according to JLL. That period of corporate and commercial real estate expansion added lots of cubicles and suburban office parks. In contrast to many existing office towers, these 1980s arrivals lacked prime downtown locations, historically significant architecture, or the kinds of floor plates and operable windows that make it easier and more enticing to conserve or convert.

The significant challenge posed by this generation of aging office buildings would be important regardless of current trends: They’re in the home stretch of their natural lives (a properly maintained building of concrete and glass curtain wall can typically function for around 60 years without serious renovations); they need seismic and mechanical upgrades; and they’re woefully energy inefficient and environmentally unsound. But the threat that remote work might become permanent and devalue downtown space — research released this summer estimated a long-term shift to working from home may destroy $500 billion in office value nationally by 2029 — suggests these buildings need to be not renovated but reimagined.

“The dynamic of urban downtowns right now is they’re really looking for a new definition of mixed-use, right,” said Vanecko, who helped write a report, in conjunction with JLL, that explores potential futures for high-rises about to hit the midcentury mark.

Financial considerations have also shifted. Partially converting an office building to residential made little sense when office space was so much more financially viable, and such moves still tend to be limited and expensive. But, if valuations do continue to plummet, new opportunities may present themselves. Vanecko argues that totally recladding, redesigning and reconceptualizing an old tower would take two years and be expensive. But once that investment is made, it could fetch 120 percent of the market rate for rent, and be completed before a more expensive ground-up project, which would take roughly five years to complete.

The NBBJ analysis — the title of which, “A Perfect Storm,” underscores the overlapping challenges of the present — takes an almost utopian, urbanist view of what could be possible in these buildings, proposing what could be seen as neighborhoods-within-towers to revitalize structures and surrounding commercial districts. Meant as a conversation starter, the report envisions recasting middling mid-rises as 24-hour vertical cities: solar panels and tenant gardens on the roof, greenhouses on the mechanical floors, residential living on the upper levels, activated alleyways, pop-up shops and climbing walls on lower floors; and entertainment centers and mushroom farms in basements.

Age aside, these structures do have some qualities that can make them more attractive for redesigns and redevelopments. They tend to be downtown and often boast large plazas that allow for natural light throughout, because builders weren’t building sightline to sightline. (They also tend to be more uniform in width than older or newer towers, which can limit some conversion options.)

Vanecko and her team started the analysis pre-pandemic, but now they see their take gaining traction because of today’s market realities.

“The buildings that are getting the leases are the new, pristine, decked-out contemporary buildings,” she said. “Owners of these older towers are realizing that they’re at the bottom of the market in terms of attraction and rent rates. So now they’re suddenly looking at how these properties can be competitive with some of these new towers.”

While full or partial residential conversions have been getting extensive attention, they aren’t as easy as many make them out to be. Ellen Dunham-Jones, an architecture professor at Georgia Tech and an expert on sustainable suburban conversions, said the actual architecture and design always present physical challenges. These include operable windows, natural light and plumbing for every unit. Beyond that, too, municipalities and neighborhoods often resist rezonings, due to the loss of property taxes. Dunham-Jones has recently seen more success with projects recasting office space as schools and even warehouses.

“There’s so much more attention [paid] to the dead malls, because the public, by and large, got to visit them and got to form emotional attachments to them,” she said. “Only a limited number of people went to offices and office parks.”

Sejal Sonani, architect and principal managing director at HLW, whose firm has handled millions of square feet of office repositioning in the Los Angeles area in the last six years, says there are two main categories of these kinds of changes: the severe repurposing of a structure and the less severe crisis. The latter is a repositioning that upgrades certain office amenities, adds more public and shared space, and attracts a different range of tenants and rents.

The changes that draw renewed interest from tenants now tend to be the same that worked pre-pandemic, especially adding outdoor space, Sonani says. In 2016, the Building Owners and Managers Association International changed how it measured tenant space to include outdoor space, making it even more financially appealing to add private patios and rooftop decks. HLW’s rework earlier this year of the Silverstein-owned U.S. Bank Tower, the tallest office building in Los Angeles, created an indoor/outdoor lounge on the ground floor and a seventh-floor game room/social space. Rents went up 40 to 45 percent after that renovation.

But those kinds of reworks aren’t as easy for Class B and C towers today, especially as rising interest rates and general market uncertainty make financing more challenging. It’s difficult to commit when “nobody is sure where the office market is landing,” Sonani says. And the pipeline hasn’t stopped, so without high demand any upgrades still have to compete with brand-new spaces aggressively courting tenants.

Owners, however, still feel pressured to invest, said JLL’s Lisa Stewart, a senior managing director based in Seattle. There’s no formula that suggests that adding X dollars of improvements raises rent Y percent, but the risk of not doing anything, and missing potential tenants, increasingly seems too great.

Successful owners are proactive, Stewart says. It’s key to invest today, in anticipation of a demand rebound in the future. It’s a dynamic that favors institutional landlords, who tend to have more resources and the ability to make investments during a downturn, and focus on ESG, outdoor space, and wellness initiatives that can attract more choosy tenants.

“No owner wants you to sell on price,” said Stewart. “It’s about differentiation and being thoughtful and creative and where you’re spending money.”

Building owners alone can’t reinvest their way out of the problem, though, at least not within the current regulatory and permitting regime. Municipalities need to change zoning and building codes, streamline permitting, and invest themselves in conversions to aid these upgrades at scale. Last October, the International Downtown Association, a North American business organization focused on urban real estate and business alliances, pushed legislation to give a large tax credit for downtown office conversions. A Gensler study of Calgary last year found that roughly 30 percent of the city’s aged, Class C towers could be converted for residential use, creating room for more than 4,000 new residents, mostly clustered in the Canadian city’s west side.

“What we’re seeing right now is people are starting to pay attention to get ahead of the game,” said NBBJ’s Vanecko. “Building owners are just beginning to reposition, because they’re either looking at holding on to existing tenants, or they realize they’re not properly positioned to attract new tenants. It can’t be these sterile, old, corporate pass-through types of environments.” 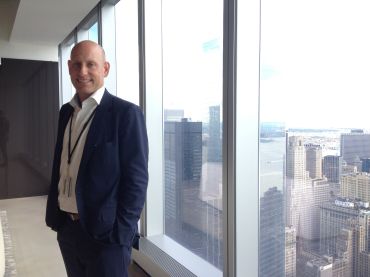