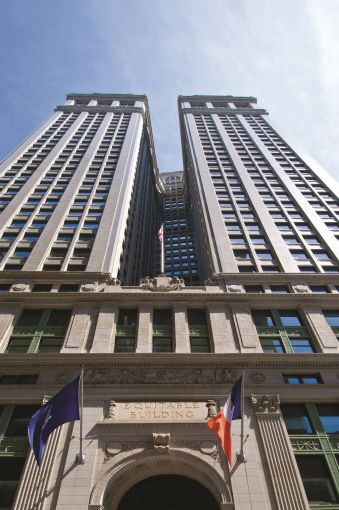 The New York City Housing Development Corporation (HDC) is packing things up at 110 William Street and heading nearby to 120 Broadway.

The city agency signed a lease to relocate to 109,000 square feet across the entire second and third floors of the landmarked 120 Broadway, on which landlord Silverstein Properties spent about $52 million in 2019 to restore the building back to its original condition.

Silverstein officials declined to provide the length of the lease, but said the asking rent was in the low-$60 range.

An HDC official did not immediately respond to a request for comment regarding the reason for the move from 110 William Street to 120 Broadway, where it will share space with startup BarkBox’s parent company, BARK, which took 52,000 square feet in November 2021.

“HDC is dedicated to ensuring the success of New York City’s communities and we are proud that our new office space will allow us to be a continued part of the revitalization of one of the city’s most vibrant business districts,” HDC president Eric Enderlin said in a statement.