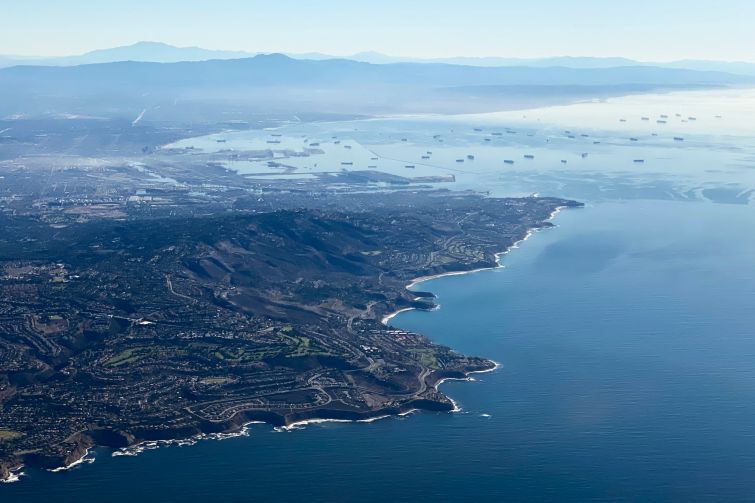 An aerial image taken October 2021 shows the Palos Verdes Peninsula and cargo container ships waiting in the Pacific Ocean to unload at the Port of Los Angeles and Port of Long Beach. Photo: PATRICK T. FALLON/AFP via Getty Images

Despite the economic turbulence, multifamily investment continues to flow in Southern California.

LoanCore Capital has provided a $75 million refinancing loan for a 206-unit garden-style apartment community in the city of Long Beach. The three-year floating-rate loan comes with two one-year extensions.

JLL announced the loan and represented the borrower, Silver Star Real Estate, which acquired the property in 2019 for $72 million.

The apartment community, named The Landing at Long Beach, is at 1613 Ximeno Avenue at the Long Beach Traffic Circle Area, near the 710 Freeway as well as the 405 Highway. The Landing was built in 1985 and renovated in 2015, with one- and two-bedroom units with an average size of 705 square feet. The property also features a tennis court, a basketball court, a picnic area and a pool.