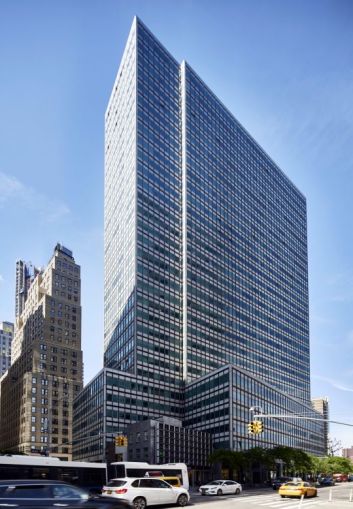 In a deal that was more than two years in the making, Rockrose Development has sealed a $230 million debt package to refinance a 576-unit multifamily asset in Manhattan’s Financial District, Commercial Observer can first report.

Andy Singer said when the pandemic took hold, Rockrose had only just started its renovation of the 32-story building and suddenly saw occupancy drop to around 75 percent. Equitable proceeded to provide a $150 million, short-term, floating-rate refinance loan for Rockrose to pay off its existing debt and finance renovations rather than the more than $200 million long-term deal that had been conceived pre-pandemic.

“We purposely did it on a short-term, floating-rate basis so that we, at the appropriate time, could refinance again and get back up to the proceeds level that we are at now, which is $230 million,” Singer said, noting that the building’s rents are now higher than they were in early 2020. “All’s well that ends well and now this building is positioned well for the future and is going to compete with any building down there.”

Located just north of Wall Street and opposite the South Street Seaport, the former office property was acquired by Rockrose in 1996, who then proceeded to convert it for residential use initially as graduate student dorms for New York University. Rockrose recently completed a refurbishment that included renovating each apartment and installing a new lobby.

Richard Brancato, chief operating officer at Rockrose, credited Avison Young with spearheading the deal and building on a decades-long relationship with the brokerage that dates back to 1976 when Andy Singer arranged his first loan for Rockrose and Equitable.

“The Singers are consistently the most creative, nimble, and effective financial intermediaries we have dealt with,” Brancato said in a statement.

Officials at Equitable did not immediately return a request for comment.