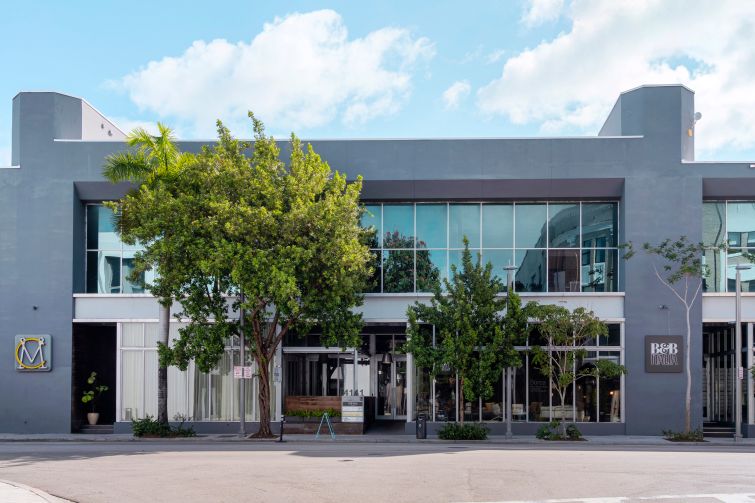 The two-story property spans 121,320 square feet on 2.2 acres. It houses both retail and office tenants such as B&B Italia, Design Within Reach, iHeart Media and MC Kitchen. Located at 4141 NE Second Avenue, the building sits at the northern edge of the district, just west of Federal Highway and Biscayne Boulevard.

The property “is a stabilized asset in one of the most desirable, luxury retail districts in the entire U.S.,” Wadler said in a statement. It “has been heavily re-tenanted in recent years to elevate value, as the Miami Design District has continued to drive rental rates with its evolution towards high-end designer fashion and art.”

Once a neighborhood filled with furniture showrooms, the district evolved into a popular luxury shopping destination. High-fashion brands, such as Chanel and Louis Vuitton, commonly install large art installations to promote their stores.

In 2008, Dacra paid $16.8 million for the Second Avenue property, which was built in 1987, according to property records. Five years later, the developer secured a $23 million mortgage from the real estate arm of UBS.

A spokesman for Dacra did not immediately respond to a request for comment.