U.S. Continues to Add Jobs in June, Despite Recession Fears 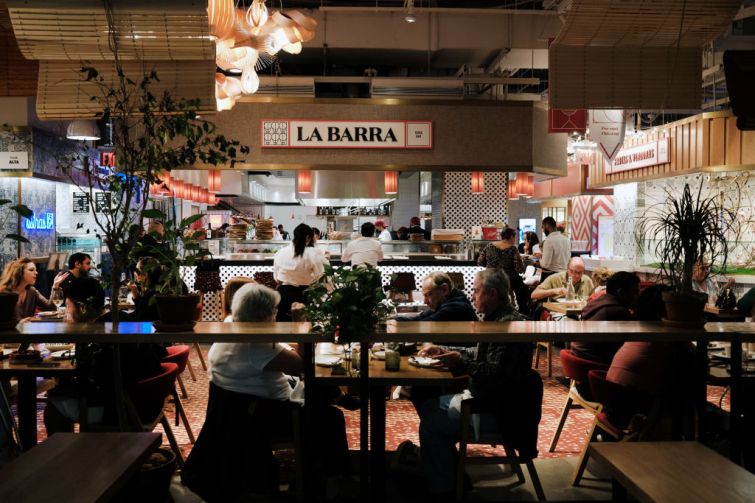 The U.S. economy added 372,000 jobs in June, outpacing estimates and easing fears over a potential recession.

June’s numbers remained similar to the average job gains in April and May, and the country’s unemployment rate remained low at 3.6 percent, according to a U.S. Bureau of Labor Statistics report released Friday. The employment growth helped the private sector finally exceed February 2020 job counts by about 140,000 jobs.

“The private sector economy has now more than fully recovered from its pandemic-era job losses — a major milestone that reflects both the success of the administration’s economic policies and the profound resilience of America’s businesses and workers,” U.S. Secretary of Labor Marty Walsh said in a statement.

The job gains come as soaring gas and grocery prices, thanks to record-high inflation, have pushed the Federal Reserve to hike interest rates in the hope of cooling down the economy — raising fears that the Fed could push the nation into an economic recession.

And the unemployment rate stayed unchanged from May, even as notable financial and technology companies announced job cuts. JPMorgan Chase said it would lay off more than 1,000 staffers, and Netflix, in its second round of firings for the year, eliminated around 300 positions in June. Tesla, Redfin and Coinbase all announced layoffs of between 8 and 20 percent of each firms’ workforce last month.

Despite the cuts, the employment rate for financial companies remained relatively unchanged from May to June, and the professional and business services industry added about 74,000 jobs. The only industry to see job losses was the public sector, which eliminated about 9,000 positions between May and June, according to the report.

Leisure and hospitality companies had some of the highest employment growth in June and added 67,000 jobs — including 41,000 new restaurant positions — but the sector remains scarred by the pandemic. Total employment in the industry was 15.6 million in June, nearly 8 percent below the 16.9 million jobs it held in February 2020, according to the report.

New York City’s restaurants have felt the lingering impacts of the pandemic’s destruction, too. The city had a total of 276,800 restaurant jobs in May, compared to the 324,900 jobs the industry had in December 2019, according to data from New York State Comptroller Thomas DiNapoli. The number of restaurant jobs in the Big Apple in May was still more than 10 percent below January 2020 levels.

“Recovery has been a slow crawl for our hospitality industry, particularly for New York City’s restaurants and bars, many that still have pandemic debt, others starved of the sales that office workers and tourism once generated,” Andrew Rigie, executive director of the New York City Hospitality Alliance, said in a statement. “But the industry’s steady comeback is a testament to the resiliency of restaurant and bar owners, operators, and staff across the five boroughs.”

Nationally, health care has also lagged behind pre-pandemic employment levels. In June, health care employment was down about 176,000 jobs, or 1.1 percent, from February 2020 levels.