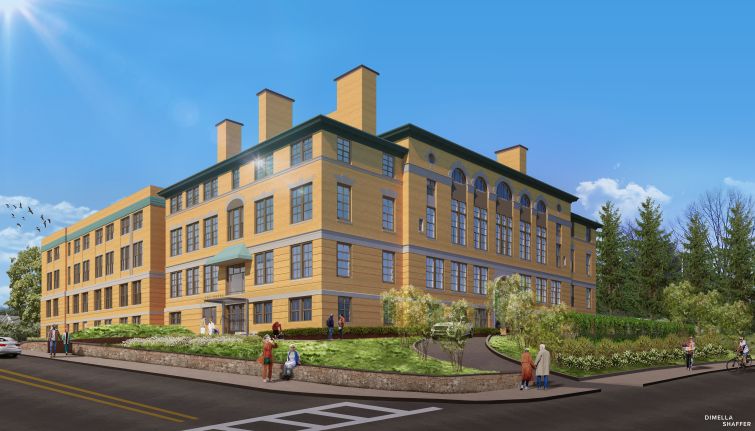 Located at 15 Everett Street, the WBR school is a historical and social landmark in Hyde Park. The project plans to turn the school into 74 units of mixed-income housing for all seniors, but specifically LGBTQ seniors, according to a press release. The building will be preserved and adapted for the mixed-income, LGBTQ-friendly housing project. The Pryde will offer residents a mix of studios, one-bedroom and two-bedroom units.

Large spaces in the building will be reserved for general use by the community. The design includes preserving the auditorium, the gym, the cinema room, the front entrance and 10,000 square feet of space to be used by the public and residents.

“TD is excited to be part of this project,” said Benjamin Kruger, commercial team lead of TD Bank, in a statement. “It’s fitting that the groundbreaking took place in June, which is LGBTQ Pride month. We see this project as further demonstration of our commitment to diversity and inclusion, not just during the month of June but year-round.”

Pennrose and LGBTQ Senior Housing officials did not immediately respond to requests for comment.