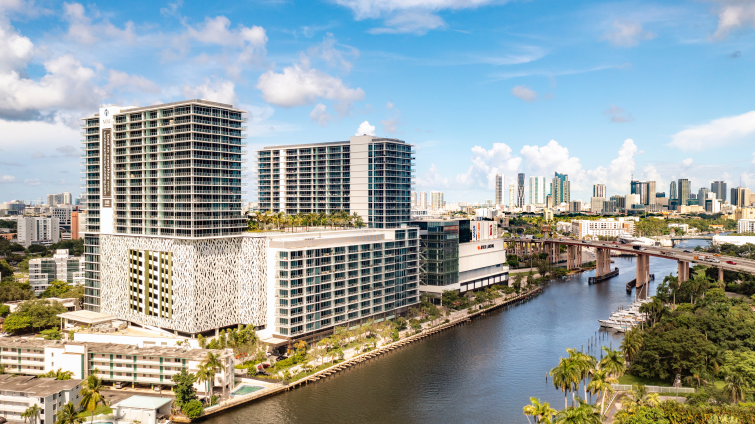 The massive mixed-use development in Allapattah was completed in early 2020 as the COVID-19 pandemic took the country hostage, but its grand opening was postponed until September of that year. Now the development’s retail portion is 97 percent leased, according to the property’s Coral Gables-based developer Urban-X Group and Canadian owner H&R REIT.

The latest additions are Pet Supermarket, which is taking 5,849 square feet, and Miami Optical Boutique, which will occupy 1,140 square feet. Both tenants plan to open later this year, having inked deals that are a decade long.

Besides retail, the development offers 135,000 square feet of office space, of which 60 percent is leased, as well as 528 rental apartments and more than 2,000 parking spaces, totaling 2.4 million square feet. The property, which cost $425 million to build, sits on 7.7 acres along the Miami River at 1500 NW North River Drive, just south of the Jackson Health Hospital and three miles west of Downtown Miami.

With consumers returning to shopping in stores as pandemic fatigue sets in, Miami’s retail market is heating up. During the second quarter of 2022, the retail vacancy rate decreased for the fourth consecutive quarter to 3.3 percent. The asking rent shot up by $1.53 per square foot to $42.10 during the first half of the year, according to data compiled by Colliers.