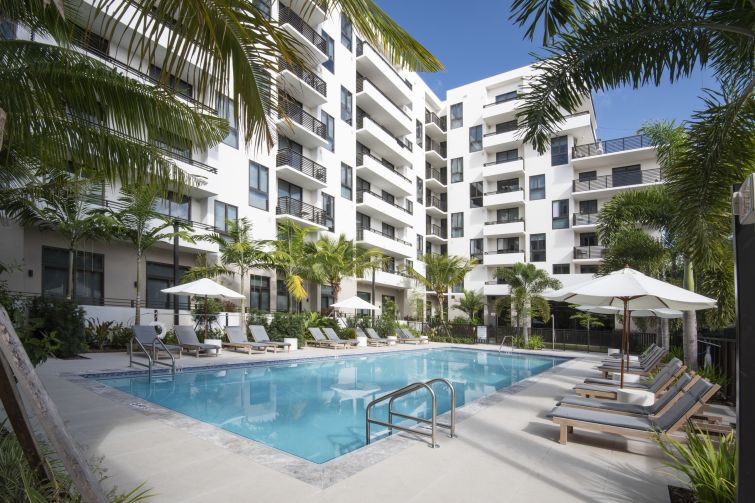 Premium broke ground on the site in March 2020 and completed it in the fall of 2021. By January of this year, the building was 90 percent leased, according to Walker & Dunlop, which brokered the deal.

While Little Havana has traditionally been a working-class neighborhood, the eastern end is not far from Brickell and Downtown Miami, making its location attractive to developers and residents alike.

Rents for available units in First Apartments range from $2,185 for a one-bedroom apartment to $5,120 for a four-bedroom, according to Realtor.com.

Premium Development, the U.S. arm of Austrian company Premium Group, is keeping itself busy in Miami with additional projects in up-and-coming neighborhoods. The company is constructing a 132-unit project called Fifteen in Allapattah, which is expected to be completed in 2023. Last year, Premium bought a 2.3-acre property at 700 West Flagler Street, also in Little Havana, for $15 million, with plans to build a 16-story multifamily project with 375 units.

Lloyd Jones purchased the building in partnership with ST Real Estate, their second transaction together, having jointly purchased a Fort Worth, Texas, apartment complex last month.

Walker & Dunlop’s Still Hunter and Kaya Suarez represented both the buyer and seller.