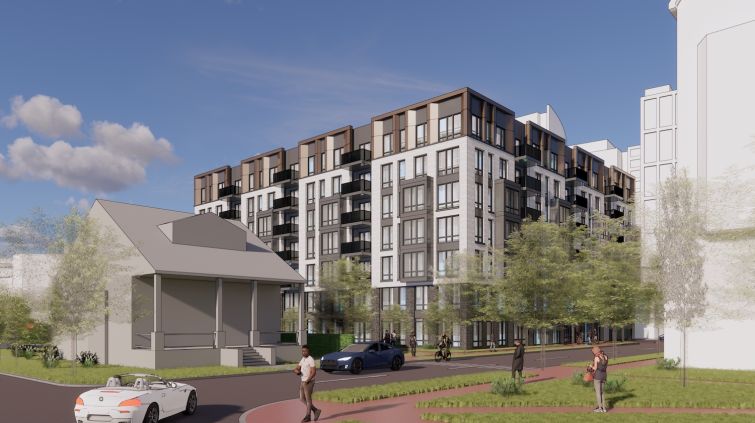 Montgomery County Executive Marc Elrich announced the redevelopment of two blocks on Wisconsin Avenue in Bethesda that will be transformed into housing and green space.

Broad Branch Development is leading the effort, which will bring 271 housing units to the area, with 66 affordable housing options.

Elrich made the announcement Thursday at 7935 Wisconsin Avenue, directly behind Benihana, which is one of the sites of the new housing.

The Bethesda Sector Plan is directed at offering Bethesda residents a downtown that is a model for sustainability, accessibility, equity and innovation, with more affordable housing by 2035.

The plan also includes the addition of a greenway between Highland and West Virginia avenues that will offer an open space in downtown Bethesda, another requirement of the Bethesda Downtown Sector Plan.

Broad Branch principals Shane Crowley and Jason Weinstein were on hand at the announcement, and noted they were looking forward to investing in Montgomery County, which they both call home.

Requests for comment from Broad Branch were not immediately returned.