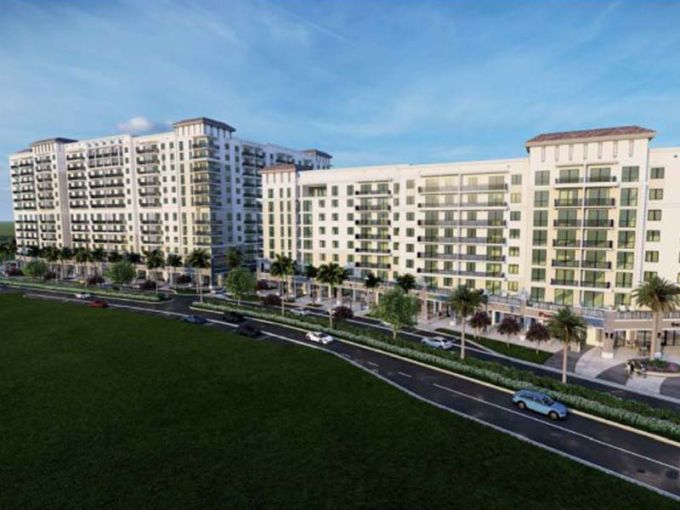 The funding will go toward building the first phase of Modera Academical Village’s residential portion, which will include 397 apartments and 9,000 square feet of ground-floor retail in an eight-story building, according to the developers. Despite their proximity to the campus, the apartments will not be restricted to students.

The first phase is expected to open in the fall of 2024.

The second phase will feature 396 homes and is slated to be completed by the summer of 2026. The Modera Academical Village development will be home to at least 16,000 square feet for retail, a hotel, offices and medical facilities, though Mill Creek has yet to release additional details.

The site is at 3400 S. University Drive, just east of NSU’s campus and adjacent to HCA Healthcare’s newly constructed 950,000-square-foot hospital. Brandon Company and NSU sold the parcel for $25 million, per property records.

Developers are zeroing in on off-campus student housing. The asset class successfully weathered the pandemic, outperforming other property types such as malls and offices. Net operating income in student housing is expected to grow nearly 2 percent after 2025, which is in line with profitability margins in self-storage and senior housing, according to a 2021 report by real estate intelligence firm Green Street.

In a blockbuster deal earlier this year, Blackstone, one of the world’s largest asset managers, paid $13 billion to acquire American Campus Communities, one of the country’s largest developers and owners of off-campus student housing.

Update: The article was amended to include the fact that the Modera apartments will not exclusively house students.