The beloved dome-shaped theater is getting closer to reopening with new plans and a new name. 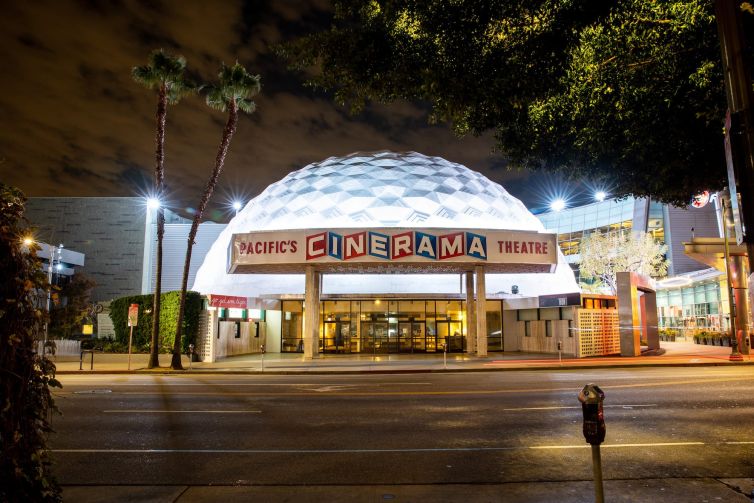 One of the more dire signs for Hollywood in the wake of the pandemic came when the owners of the iconic Pacific Cinerama Dome on Sunset Boulevard announced it would close permanently. Now, over a year later, and more than two years since closing for COVID-19, the beloved dome-shaped theater is getting closer to reopening with new plans and a new name.

Owner Decurion secured a liquor license for two bars and a restaurant, Variety first reported. Plans also include reopening the adjacent ArcLight Hollywood’s 14 screens, according to Variety, and the complex will be renamed Cinerama Hollywood.

Decurion did not immediately respond to requests for comment. It’s unclear when the Hollywood theaters will officially reopen.

The Arclight was one of the highest-grossing movie theaters in the nation, but it has been closed since March 2020. In April 2021, Decurion announced it would not reopen 17 Pacific Theatres and ArcLight Cinemas locations, which included the dome and ArcLight Hollywood at 6360 Sunset Boulevard, as well as Pacific Theaters at The Grove, and more. Last June, the company filed for bankruptcy.

“If I’m being honest, I think I’m in denial. I can’t imagine Hollywood without the ArcLight,” filmmaker Adam McKay told reporters last year.

While Decurion kept the dome after bankruptcy, AMC Theatres and Regal have taken over a handful of the other former ArcLight and Pacific locations, though many others still remain vacant. Rick Caruso owns The Grove and Americana at Brand with Pacific Theatres, and he has said from the time Decurion announced the closures that movies would continue rolling at his retail centers.