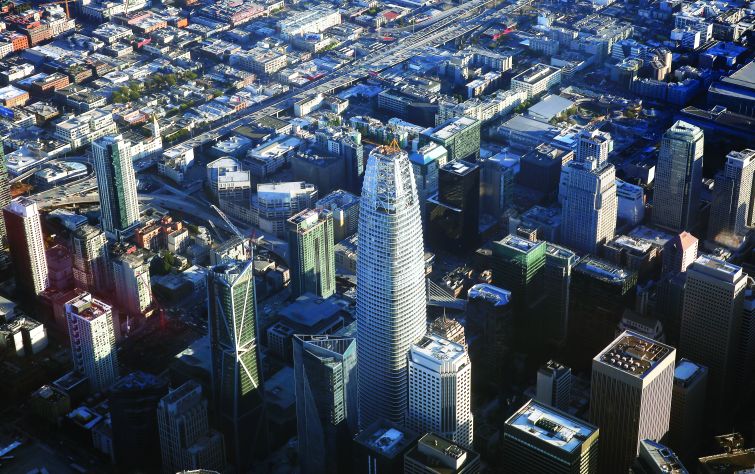 Boston Properties’ revenue was up 8 percent in the second quarter of 2022 compared to the same period last year and— despite fears of declining economic conditions— was confident its office portfolio will still attract leasing activity, the real estate investment trust (REIT) said during its quarterly earnings call Wednesday.

But despite strong leasing activity, Boston Properties CEO Owen Thomas was wary of future economic conditions as inflation and interest rates are already cutting into its profits.

“It’s clear over the last quarter that economic conditions in the U.S. and globally have deteriorated,” Thomas said during the call. “The key culprit is inflation which, as it continues to reach new highs, set off a chain reaction of events starting with the Federal Reserve taking and signaling severe tightening measures, interest rates rising across the yield curve, volatility and losses in the public equity and debt markets and now increasing concern that the U.S. economy may experience a recession.”

On the positive side, up  to 1.9 million square feet of leases were signed in the last quarter, making it the strongest quarter for leasing since the third quarter of 2019, according to Boston Properties.

Boston Properties did not disclose the names of new tenants in these buildings.

Even as major tech firms pull back on office space, Thomas added that occupancy in its portfolio “continues to gradually increase” and felt more tenants will call its workers back to physical workspaces in the future.

“There is increasing evidence that many businesses will tighten up in-person work policies as economic conditions worsen,” Owens said. “Many of these companies also significantly increased their workforce during the pandemic without increasing their available space. These factors should help offset, at least partially, the recessionary headwinds the space demand, or capital costs have increased.”

Douglas Linde, president of Boston Properties, said he believes leasing activity in its buildings will pick up slightly over the next few quarters as customer demand continues to increase and more companies opt for flexible office attendance. There are no major lease expirations on the horizon until after 2023, but with new space coming online and lack of ability for Boston Properties to immediately lease an entire asset, there may be somewhat of a dip in utilization of their portfolio.

Boston Properties saw additional revenue come  from the sale of buildings such as eleven suburban office properties totalling 733,000 square feet in Springfield, Va., for $127 million. Several other sales in the Washington, D.C. area are also underway, but details were under wraps.