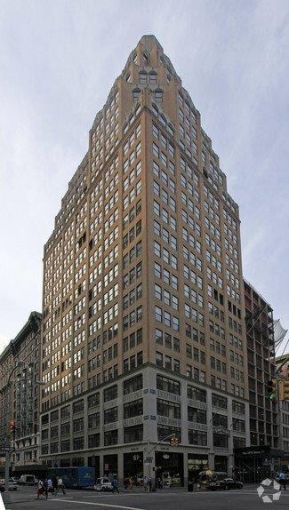 The New Jersey-based lender signed a 15-year lease to relocate and consolidate its offices from two locations — an outpost at 350 Madison Avenue and its 16,400-square-foot space at 924 Broadway — to 15,317 square feet across part of the 22nd and 15th floors of 245 Fifth Avenue, Commercial Observer has learned. Asking rent was $73 per square foot, according to the landlord, The Moinian Group.

Valley Bank will occupy 10,268 square feet across the 22nd floor and 5,049 square feet on the 15th floor when it moves to the 24-story 245 Fifth in the first quarter of 2023, according to a representative for the landlord.

The bank has occupied the entire four-story 924 Broadway, where it has a retail branch on the ground floor, since 2006, the New York Post previously reported. Valley Bank did not respond to a request for comment on the size of its Madison Avenue outpost or when it first opened a location at the building.

“Valley Bank is a high-integrity financial institution that wanted space to relocate its Midtown South headquarters to a quality, well-located building that could accommodate its growth,” Ted Koltis, Moinian’s executive vice president of commercial leasing, said in a statement.

The bank’s new space at 245 Fifth Avenue was previously occupied by the Canadian Broadcasting Corporation’s Documentary Channel, though it’s unclear when the documentary film and television channel relocated from the space. The Toronto-based firm did not respond to a request for comment.

JLL’s Jeff Szczapa and Mike Berg represented the tenant in the deal. The two brokers did not respond to requests for comment.