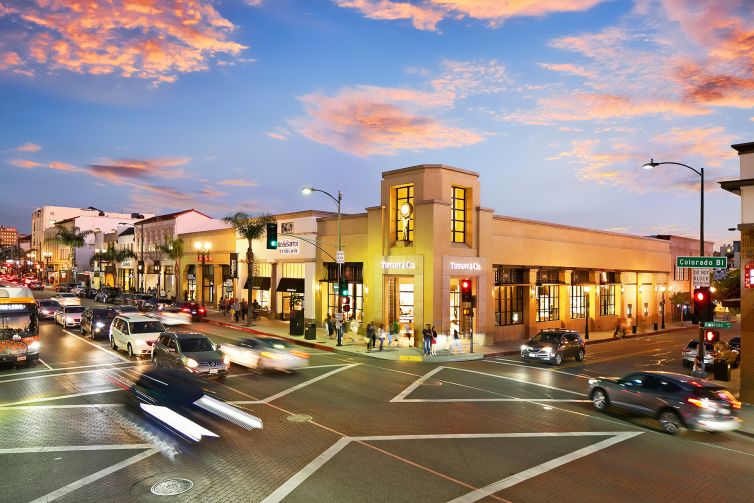 There’s a new owner taking over the Tiffany and Shops retail property in Pasadena, Calif., the city in the San Gabriel Valley known for the New Year’s Day Rose Parade and the famous Rose Bowl stadium.

Felson Companies and Blatteis & Schnur acquired the 28,421-square-foot property that features Tiffany & Co., Crate & Barrel and Foot Locker’s House of Hoops for $52.3 million, or $1,838 per square foot. It was owned by a partnership managed by L.A.-based Rockwood Capital.

CBRE, which announced the deal and represented the buyers and the seller, said it’s a record price per square foot for retail in Pasadena.

Tiffany and Shops is fully leased. It’s on a half-acre parcel at 64-68 West Colorado Boulevard, in the heart of the Old Town Pasadena Shopping District near De Lacey Avenue, where traffic counts exceed 29,250 vehicles per day.

The property was built in 1986 and renovated in 2019 and 2020. After the first quarter this year, Pasadena’s retail market posted a 10.7 percent vacancy rate with an average asking lease rate of $2.56 per square foot, according to a report by CBRE.

CBRE’s Philip D. Voorhees said LVMH consolidated many of its luxury retail brands, including Tiffany & Company, and that opportunities to own free-standing properties leased to a high-performing LVMH tenant are scarce.

UPDATED: This article has been updated to include the Felson Companies, as well as the representatives for the buyers. 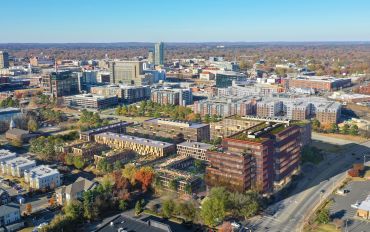