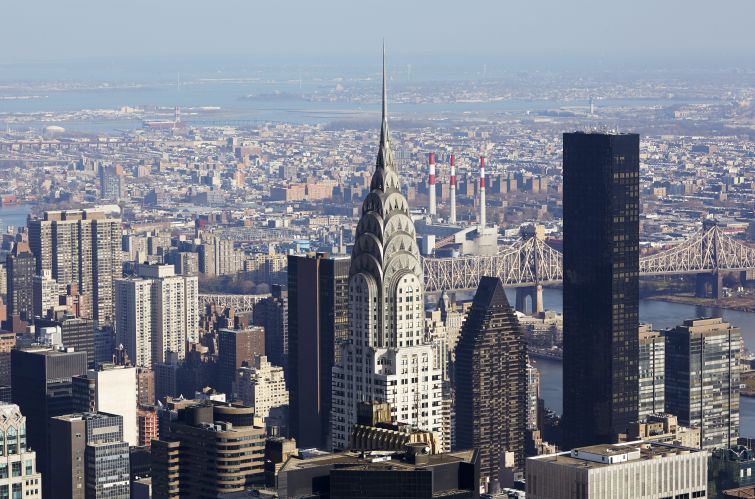 The Chrysler Building's onerous ground lease caused it to sell for $150 million in 2019. Photo: Getty Images

Amster, Rothstein & Ebenstein, which specializes in matters regarding intellectual property, has signed on for an entire floor in the iconic Chrysler Building.

The firm signed a 12-year deal for 11,000 square feet in the historic 77-story building to relocate from its current offices at 90 Park Avenue, according to landlords RFR Holding and Signa Group. Asking rent was $90 per square foot.

“Amster, Rothstein & Ebenstein was attracted to Chrysler in part because of its landmark Art Deco aesthetic, its sweeping city views and the boutique full-floor options it offers,” RFR’s AJ Camhi, who represented the landlords in-house with Paul Milunec and Rob Weller, said in a statement. “But this commitment is really a testament to the draw of Chrysler as an architectural gem in a perfect location and a nod to the power of RFR’s incomparable design sensibility as we continue on a path to re-energizing this beloved building.”

The tenant was represented by Michael Gottlieb, Jennifer Ogden and Drew Persson of Avison Young.

“We were thrilled to help Amster Rothstein reshape their law office needs for the future,” Gottlieb said in a statement. “Relocating to the Chrysler Building, with its amenity space, enabled them to upgrade the quality of their space, have phenomenal views of the city and still save money in the process.”

RFR and Signa have invested heavily in the landmarked building since acquiring it in 2019 for a shocking $150 million, a massive deal considering it sold to the previous owner — the government of Abu Dhabi — for $800 million in 2008, according to Architectural Digest.

The new owners originally pitched turning the iconic Art Deco tower into a hotel but later dropped those plans and instead focused on attracting and retaining office tenants to the property.

Recent upgrades include changes to mechanical systems, elevators, windows, bathrooms and common corridors while also turning the Chrysler Club on the 27th floor into an exclusive space for tenants. Amenities available in the Chrysler Club include a boardroom, town hall meeting space, a living room with game tables, private phone rooms, a library, a café and a studio for yoga or meditation. The owners also won approval in 2020 to open a new observation deck on the 61st floor.