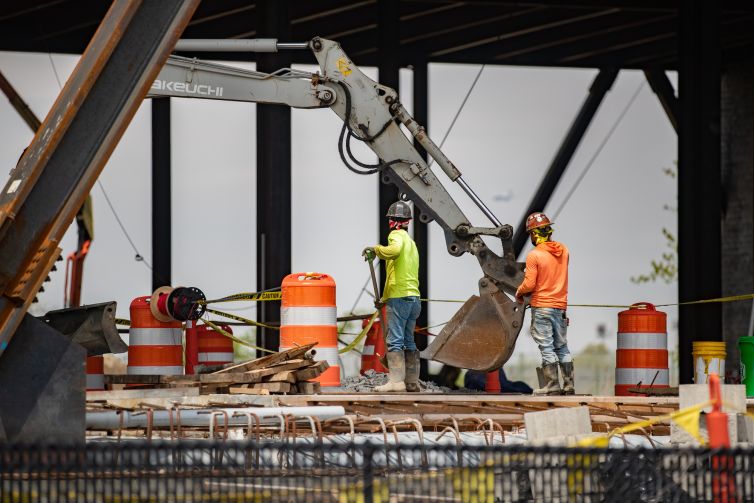 The Home Depot is committed to occupy a 1.1 million-square-foot building in the business park. photo: Raychel BrightmanJr./Newsday RM via Getty Images

Developers of a 1.7 million-square-foot industrial project in Southern California’s red-hot Inland Empire have secured $210 million in construction financing for the project’s first phase.

Property records show JPMorgan Chase provided the three-year, floating-rate, interest-only, nonrecourse loan for the first part of Ontario Ranch Business Park, a Class A, seven-building project under construction in the city of Ontario, Calif. The Home Depot is committed to occupy a 1.1 million-square-foot building in the business park.

A joint venture between Newport Beach-based Real Estate Development Associates (REDA) and an industrial fund managed by Clarion Partners own the development. JLL announced the financing and represented the borrower, but did not disclose the name of the lender.

The JV acquired the 84-acre site in December 2020 for $86.1 million, records show. It’s at the intersection of Euclid and Eucalyptus avenues, across the street from Chino Airport near Interstate 15 and State Routes 71 and 60.

The Inland Empire is home to the top industrial market in the nation, with overwhelming tenant demand. The vacancy rate was at 0.4 percent at the end of the first quarter, according to JLL. The Inland Empire West submarket, where Ontario Ranch Business Park is located, has the lowest vacancy at 0.2 percent, and JLL anticipates availability to remain extremely limited.