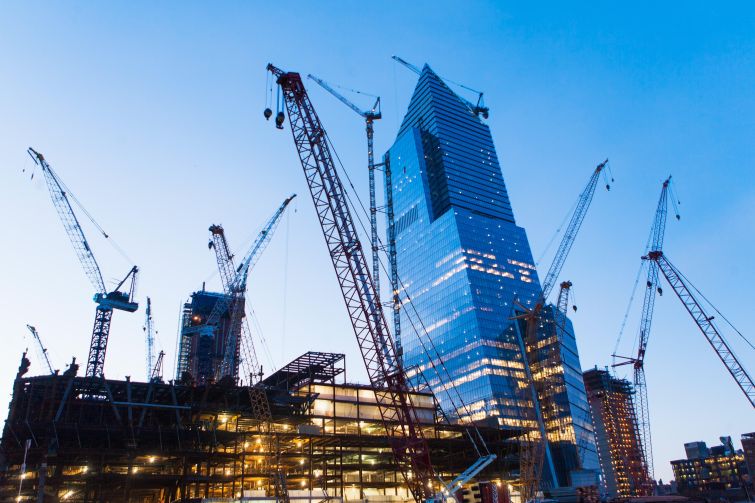 While rapid inflation is plaguing many parts of the economy, the impact is relatively muted for commercial real estate tenants and landlords, both of which should be more focused on real estate market conditions, according to a new report from Cushman & Wakefield.

Real estate costs tend to be fixed with predetermined escalations on deals that typically average five to seven years nationwide. Occupiers can generally predict future rental costs, but lease types will determine how much exposure to utilities, maintenance and other variable costs tenants will bear as expenses rise. Net-lease deals expose tenants to the greatest risk of inflation for expenses, but can provide the greatest cost certainty on long-term rent costs as these deals tend to have the longest terms.

However, certain elements of commercial real estate are greatly impacted by rising construction costs, including for tenant improvement buildouts, which compound challenges such as labor shortages and wage increases. Construction costs are up 19.6 percent year-over-year. The costs of furniture, commercial electric lighting and office supplies are up 11.8 percent, 10.2 percent and 7.2 percent year-over-year, respectively, according to the report.

“Planning further in advance is more important than ever,” said the report, entitled “How Inflation is Impacting CRE Occupiers.” Rebecca Rockey, Cushman’s global head of economic analysis and forecasting, and James Bohnaker, a senior economist there, authored the report.

Aside from increased construction costs, occupiers could feel the impact of rising utility costs and other operational expenses. High gas prices can impact transportation costs for industrial and retail tenants. Moreover, geopolitical concerns could lead to even higher gas prices in the short term. The report states that companies could therefore put more emphasis on ESG strategies to become greener and more energy-resilient sooner. It recommends that companies seek locations or assets with access to renewable energy and higher energy efficiency ratings.

However, if inflation impacts market conditions, some occupiers could benefit by negotiating higher tenant improvement allowances and extra months of free rent on new deals. Some could possibly avoid paying rent during buildouts.

“Occupiers should be more focused on broader market conditions when searching for space during periods of high or low inflation,” said the report.

Industrial vacancy is historically low at 3.3 percent nationwide resulting in upward pressure on rents, while office vacancy at 17.5 percent is likely to trend higher as new supply comes to the market, according to the report. Retail shopping centers performed fairly well during the pandemic and the 6.3 percent vacancy is slightly below pre-pandemic levels, resulting in subdued rent increases.

“Given the tremendous variation by market and property subtype, occupiers should invest substantial effort in understanding these dynamics as they consider location and potential lease decisions,” the report said.