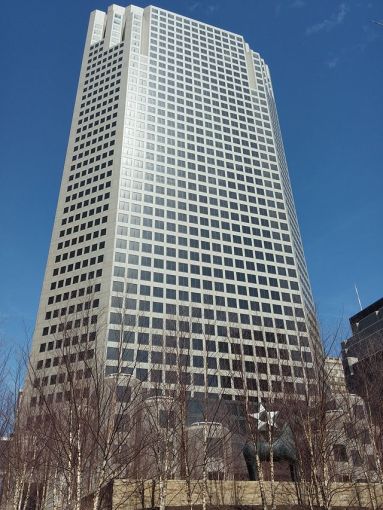 “CMBS conduit and secured-based lending (SBL) transactions racked up approximately $263 million in realized losses during May 2022 through the workout of distressed assets, marking a sharp rise from the previous month,” wrote Marc McDevitt, a senior managing director at CRED iQ.

“CRED iQ identified 34 workouts classified as dispositions, liquidation or discounted payoffs in May 2022. Additionally, there were two distressed loans securitized in Freddie K transactions that were in need of a workout, but only one of those loans incurred a nominal loss. Of those 36 total workouts, there were 14 distressed assets that were resolved without a loss.

“Loss severities for the month of April ranged from 2 percent to 100 percent, based on outstanding balances at disposition. Total realized losses in May represented more than a threefold increase compared to April’s realized loss totals of approximately $75 million.

“The AT&T Tower in St. Louis, once known as One AT&T Center, represents the largest loss, by total amount and severity, among all distressed workouts this month. The property was foreclosed on in 2017 after its sole tenant, AT&T, vacated at lease expiration. The 1.2 million-square-foot office tower sold for $4.1 million, equal to $3 a square foot, in May 2022 after spending approximately five years in special servicing. The real estate-owned asset was liquidated with a 100 percent loss severity on its $107.1 million in outstanding debt prior to disposition.

“Another notable distressed workout was the disposition of the $94.5 million Emerald Square Mall loan, which is backed by a 564,501-square-foot portion of a super-regional mall in North Attleboro, Mass. The mall was formerly controlled by Simon Property Group, but went into receivership shortly after the loan transferred to special servicing in September 2020. After a nearly two-year workout, the loan was resolved with a 77 percent loss severity, resulting in $72.5 million in principal losses. Emerald Square Mall represented the second-highest individual realized loss by total amount.

“Excluding defeased loans, there was approximately $5.2 billion in securitized debt that was paid off or worked out in May, which was lower than $6.1 billion in April 2022. But, in May, 11 percent of the loan resolutions were categorized as dispositions, liquidations or discounted payoffs, which was slightly higher than the prior month.

“By property type, office had the highest total of outstanding debt payoff in May. The high volume of office payoffs was driven by the retirement of a $1.3 billion mortgage secured by Blackstone’s 27-property BioMed Realty portfolio. Lodging and multifamily loans also had a high volume of payoffs and dispositions.”