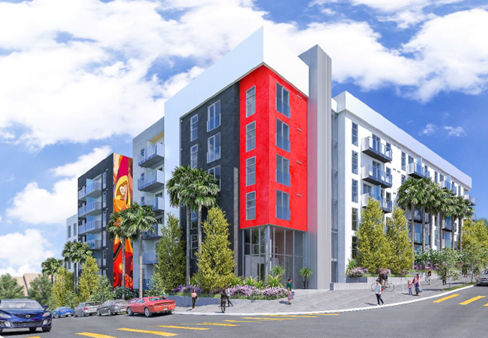 Churchill Real Estate provided the loan for the Vancouver-based developer’s planned seven-story project in L.A.’s Westlake section. Intergulf is scheduled to commence construction this summer and is aiming for completion by 2024.

“A lot has been made of the headwinds confronting the Southern California market, but we are recognizing pronounced pattern changes and a mean reversion that portends well to the Los Angeles market,” said Jeff Rosenfeld, vice president and co-head of originations at Churchill with Sean Robertson. “The L.A. growth story wasn’t as pronounced during the last 24 months as some other markets, which could mean that it’s more resilient in the face of a shifting and more challenging economic environment.”

Located at 495 Hartford Avenue, the 1.06-acre property will feature 218 units with 36 designated as affordable. Its amenities include a pool, a roof deck, fitness rooms and a resident’s lounge.

The Westlake submarket is considered one of the most affordable in the L.A. metropolitan statistical area. The neighborhood is expected to see near-term population growth with its new Class A multifamily projects and proximity to downtown L.A.

“With over 20 years of experience building communities in Southern California, Intergulf will continue to bring its expertise in development and construction to these growing markets.” Shaadi Faris, chief operating officer of Intergulf Development Group, and Ali Lotfi, corporate development director, said in a joint statement.

The 495 Hartford loan underscores Churchill Real Estate’s goal of financing projects in markets with favorable supply and demand characteristics. Robertson noted that the Westlake area’s vacancy has rebounded well from the COVID-19 pandemic with vacancy rates holding firm at around 3.3 percent, well below the national average. The lender also supplied a $43 million construction loan in early April for developer Giuseppe Iadisernia to build a 12-story multifamily project in Hollywood, Fla.

“In the midst of uncertain market conditions in the near term, we as credit investors are prioritizing opportunities with high-quality sponsors in the top markets,” Robertson said. This deal checks both of those boxes.”