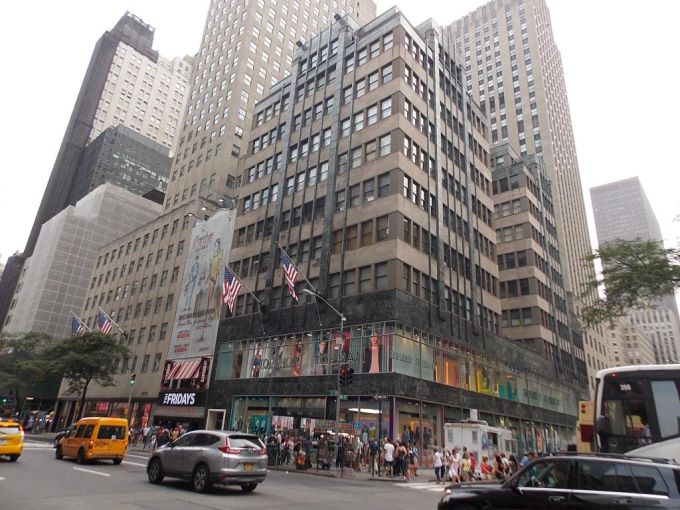 Canadian women’s fashion brand Aritzia will relocate its Fifth Avenue flagship in Midtown two doors down, according to its brokers at Newmark.

The retailer, which currently occupies 600 Fifth Avenue, took an even larger space at 608 Fifth Avenue, which was formerly occupied by Topshop. Aritzia signed a 33,000-square-foot lease for a three-level store at the corner of West 49th Street and Fifth Avenue, according to Newmark. Asking rent for the space was $700 a square foot in the 12-year deal, according to sources with knowledge of the deal.

The Vancouver-based brand will move and expand its flagship from the 13,000-square-foot space at 600 Fifth it first opened in 2012.

“The signing of this deal for Aritzia signifies both their continued commitment to physical retail as well as the strength and importance of Manhattan and the US to the continued success and growth of the brand,” said Schuster. “We believe this additional location will be an integral part of the retail streetscape, as was the case with Aritzia’s additional Soho location at 560 Broadway signed in 2020.”

Besides SoHo and Midtown, Aritzia also has a location on Fifth Avenue near Union Square and one in Hudson Yards.

Update: This story has been updated to reflect the fact that Artizia is relocating its flagship from 600 Fifth Avenue to 608 Fifth Avenue.