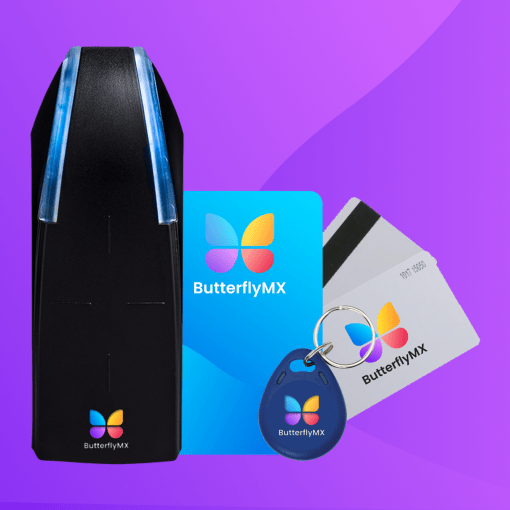 ButterflyMX, which provides access control tech for buildings, acquires CloudKeyz, one of its competitors. Image: ButterflyMX

The acquisition includes CloudKeyz’s assets, team and customers, all of which will operate under ButterflyMX’s brand. CloudKeyz — which was founded in 2014 — also sells with four access control devices, which include internet-enabled security cameras, gate and garage controllers for remote vehicle entry, mobile-app-enabled access controllers for amenities and common spaces, and card readers for keycards, fobs and bluetooth-enabled devices.

A spokesperson for ButterflyMX declined to disclose the acquisition price.

Owners of roughly 7,500 apartment buildings rely on ButterflyMX and will now have access to CloudKeyz’s offerings. ButterflyMX also has its own online platform that owners can use to control building access and smart locks. ButterflyMX was founded in 2014 with an early smart video intercom system, and now it handles access controls for the landlords of nearly 750,000 apartments.

“We know that acquiring CloudKeyz and its technologies will significantly enhance the ButterflyMX access experience for our current and future customers,” said Aaron Rudenstine, the CEO of ButterflyMX.