Both were designed by architect Wallace Tutt in the 1930s 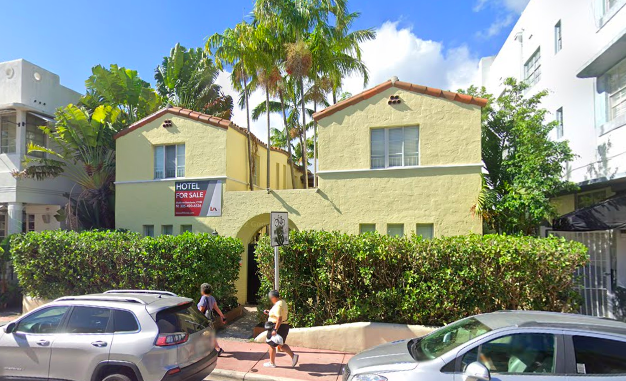 The Nakash family, owners of the former Versace Mansion, are adding to their collection of Art Deco hotels in Miami Beach with the purchase of The Orchid House Hotel at 1350 Collins Avenue for $6 million, according to the brokers.

The 1930s boutique hotel spans just 6,340 square feet and is in the center of South Beach’s resort district. The hotel includes three villas, a courtyard, a pool and a two-car garage.

The Orchid House doesn’t have a history as glamorous or grisly as the old Versace Mansion (Gianni Versace was famously shot on its steps in 1997) but the two homes were designed by the same man, architect Wallace Tutt.

The Versace Mansion, located on the famed Ocean Drive and known for its Mediterranean revivalist architecture as well as its history, now operates as a hotel under the name Casa Casuarina. It draws millions of tourists each year, and is in fact the third most photographed home in the United States, after the White House and Graceland, according to Vogue.

Joe Nakash outbid former President Donald Trump’s son Eric to win the property at a bankruptcy auction for $41.5 million in 2013, the South Florida Business Journal reported at the time. Nakash did not succeed in getting the Versace naming rights as he initially hoped.

Nakash is an Israeli-American businessman who founded Jordache Enterprises, a global clothing company. The family is known locally in Miami for owning multiple Art Deco hotels.

The Orchid House hotel can be converted into a private club or residence, according to Lee & Associates, which brokered the deal. Matthew Rotolante and Rodrigo Calderon negotiated on behalf of the Nakash family.

“This transaction is another example of the strong nationwide collaboration that separates our firm from its counterparts,” Rotolante said in a statement. “This property provides the buyer with another beautiful Art Deco hotel to complement its existing neighborhood portfolio. Opportunities to acquire jewels in the heart of South Beach like this do not come around often.”