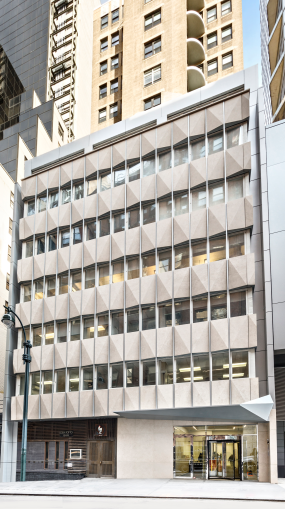 Time Out Group, the Special Olympics and the International Comittee of the Red Cross have all signed office leases at 211 East 43rd Street in Midtown East, according to landlord Alchemy-ABR Investment Partners.

The Special Olympics signed the largest of the deals, renewing its 4,008-square-foot offices on the 11th floor of the 25-story building between Second and Third avenues for seven years, according to Alchemy-ABR, which owns the property with Clarion Partners.

The nonprofit, which operates sports programs across the country for people with disabilities, has been in the 225,000-square-foot building since 1990 and previously occupied the eighth floor.

Meanwhile, Time Out signed a three-year lease to relocate its offices from Brooklyn to 3,441 square feet on the 19th floor. The new space will serve as the headquarters for its magazine, Time Out New York, and its food hall chain Time Out Market, which has a large location in Dumbo’s Empire Stores.

Finally, the Red Cross signed a 2,272-square-foot lease for a flexible term of five months on the 17th floor.

A spokesperson for Alchemy-ABR declined to disclose the asking rents in the building.

“The recent activity at 211 East 43rd Street is a great example of the robust demand that we are currently seeing in today’s office market, which is indicative of the re-emergence of Midtown Manhattan as the center of commercial real estate in New York City,” said Brian Ray, the co-founder and managing partner of Alchemy-ABR Investment Partners.

Avison Young’s John Ryan and John McAllister represented the owners in all three deals. Jane Roundell and Ralph Benzakein of Cresa represented the Special Olympics. Ramsey Feher of CBRE handled the deal for the Red Cross and Michael Adler of Resolution Real Estate represented Time Out.

Adler said that Time Out chose the building because “it was critical that the space be a good looking, well located, fully furnished and move in ready as their first post-COVID office.”

Spokespeople for Cresa and CBRE didn’t immediately return a request for comment.

“We’re seeing strong leasing success at 211 East 43 Street as we offer best-in-class office spaces that meet the market demand and deliver value, all while being located near major transportation hubs to offer a seamless return-to-office,” said Ryan.