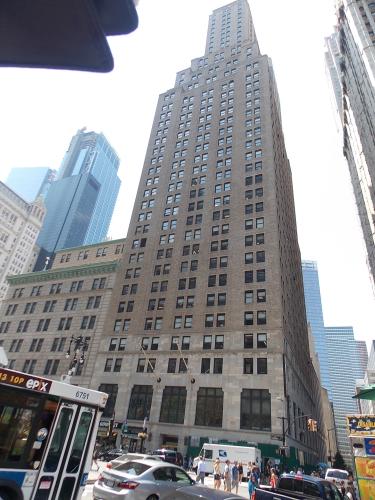 Refinery29, a news organization run by Vice Media, is subletting its office space on the 23rd floor of 225 Broadway, where it has operated since 2012.

Tomorrow Health, a health care technology marketplace, agreed to take the 15,275-square-foot space in a relocation away from its current 2,000-square-foot office at 1123 Broadway.

At the time that the publication moved into Braun Management’s 225 Broadway in 2012, it signed a 10-year lease for over 30,000 square feet on both the 22nd — still up for rent — and the 23rd floor. Integrating the Refinery29 offices into those of Vice in Brooklyn has always been the plan, a Vice spokesperson told Commercial Observer.

Employees with Refinery29 have already been moved to the company’s main office at 289 Kent Avenue in Williamsburg, Brooklyn, which Vice recently reupped for another four years.

“As our company rapidly scales its business and operations, our new headquarters at 225 Broadway will allow our employees to return to the office in a safe, socially distant manner in a workspace that aligns with Tomorrow Health’s company culture and vision,” Vijay Kedar, CEO at Tomorrow Health, said in a statement.

Avison Young’s Peter Johnson represented Tomorrow Health in the negotiations, while Erik Schmall, Allyson Bowen and Christina Bicks of Savills handled it for Vice. At the time that Refinery29 moved into 225 Broadway in 2012, the asking rent for the space was $38 per square foot, The Real Deal reported at the time. It was in the low $50 range this time around.

“Tomorrow Health’s new space at 225 Broadway will allow the company to properly scale its business and operations during this period of rapid growth,” Johnson said in a statement. “The new office space will do more than just accommodate the increase in headcount. It will serve as a place to promote company culture, encourage collaboration and allow Tomorrow Health to attract and retain top-tier talent.”