Firm plans $15 billion in real estate assets under management by 2026, but its two leaders are thinking bigger already 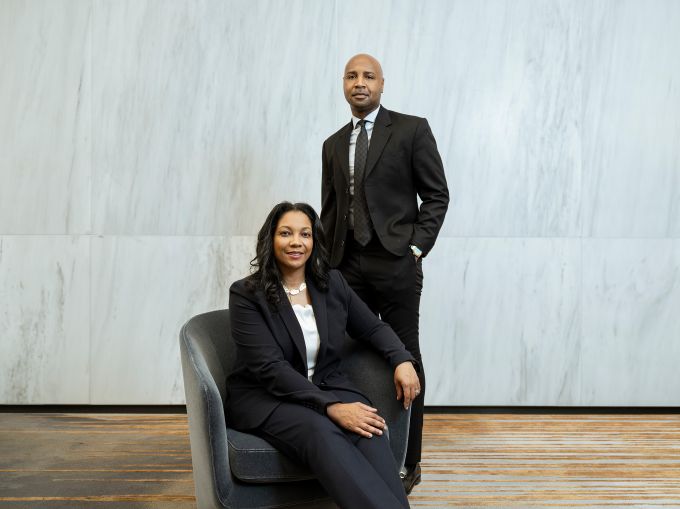 Nuveen Real Estate has big plans for a portion of its $152 billion of assets under management.

The 725-employee firm will open a new impact investing sector targeting what the company describes as affordable, sustainable and climate-safe housing with supportive services for residents, Nuveen announced May 10.

Nuveen, a subsidiary of the Teachers Insurance and Annuity Association of America-College Retirement Equities Fund (TIAA), already manages more than $5.8 billion in assets in the public and private markets aimed at positively impacting communities. Under its current plans, its new Nuveen Real Estate impact investing sector would separately hold $15 billion in real estate assets under management by 2026 — less than 10 percent of its current real estate holdings. But Nadir Settles, who will serve as the global head of impact investing, wants that $15 billion goal to be a floor, not a ceiling.

“We’re going to aggressively work to outpace that, and with enhancing our public-private partnerships, hopefully we beat that plan in two years,” Settles, who will also continue in his role as head of Nuveen Real Estate’s New York office, told Commercial Observer. “All our investments are going to provide for social mobility … and so we want to scale to $30 billion, to $50 billion.”

Settles and Pamela West, Nuveen’s senior portfolio manager who will serve as senior portfolio manager of impact investing alongside her existing role, plan to invest in affordable housing in the U.S., Europe and the Asia-Pacific region. Domestically, West and Settles are targeting New York, New Jersey and California as well as the Sun Belt and Mid-Atlantic region, including Washington, D.C.

The new sector, which starts with $3 billion directly invested in 105 real estate assets across the globe, would focus on purchasing affordable housing that serves residents making around 30 to 60 percent of their area’s median income. The firm would then renovate the buildings — like upgrading the HVAC and mechanicals — to make the buildings more energy efficient, and provide services such as job training, Settles and West said. Settles said the fund would partner with national retailers and local businesses, too, to drive economic growth. Nuveen already partners with the property technology company Esusu, which tracks rent payments, potentially improving a resident’s credit without a credit card, he said.

When the time came, the fund would sell its properties only to investors that would similarly prioritize residents’ health, well-being and bank accounts — in an attempt to prevent a new owner from raising prices and displacing residents.

“People will be able to participate in the communities that they want to live in, anticipating their future growth, and [they will] continue to live in their communities,” Settles said. “We are the antithesis of gentrification. We don’t want to be the next Hudson Yards, the next Harlem. We want to make sure that the community … will participate in that value creation and be able to maintain their [lives] in those communities.”

Gentrification has been a big issue in New York City, often unfairly impacting Black people and other minorities. It has forced out residents who can’t afford the higher prices of their neighborhoods, leaving them with few alternatives for housing. In 2019, more than 300 neighborhoods across Manhattan, Brooklyn and Queens were extremely gentrified, and 71 of those areas — now with an average median household income of $140,000 — were formerly home to low-income residents, according to research from the University of California, Berkeley.

About 60 percent of Nuveen Real Estate’s portfolio is invested in communities that are home to Black, Indigenous or other people of color, and that diversity is also reflected in the firm’s leadership, West said. Both West and Settles are Black and so is Thasunda Brown Duckett, the president and CEO of Nuveen’s parent company, TIAA. About 32 percent of the U.S. branch of Nuveen Real Estate is ethnically diverse, though that number shrinks to 28 percent for employees that hold director titles or higher, according to the firm. About 40 percent of all of Nuveen Real Estate’s U.S. workers identify as women, compared to 33 percent of director-level and above executives.

Settles and West say the new fund will counter the risk of displacement by converting existing properties into affordable housing, extending affordability restrictions on property it owns and making buildings more sustainable. Nuveen Real Estate already works with its property management teams to replace or update mechanicals and HVAC systems, and to install energy-efficient appliances. The firm has also created local councils in its properties, similar to homeowners associations, for residents to tell Nuveen what they would like to see in their homes, West said.

“It’s really [about] the intentionality,” West said. “We’re not just buying an investment property because it seems like a really good idea. We’re thinking about what kind of an impact we can have.”

For example, when Nuveen buys assets in California, West said Nuveen makes a plan to evacuate residents in case of a wildfire, records their emergency contacts, and partners with local hotels in the area to ensure that their tenants have access to emergency housing.

Thanks to planned partnerships with local government jurisdictions, West also expects the sector to not just be good for communities, but also beneficial to Nuveen’s investors. Tenants in low-income housing have prioritized paying their rent, and government subsidies toward tenants and landlords make affordable housing quite durable, she added.

“There is a myth that low income earners are not paying or contributing to the economy, and they are,” West said. “Housing has to be a public-private partnership, and we do work with local jurisdictions that provide tax abatements, tax incentives and tax pilot programs. That helps lower our expenses so that we can maintain the property, in exchange for maintain[ing] affordability — which is great for us because it is already a part of our business plan.”