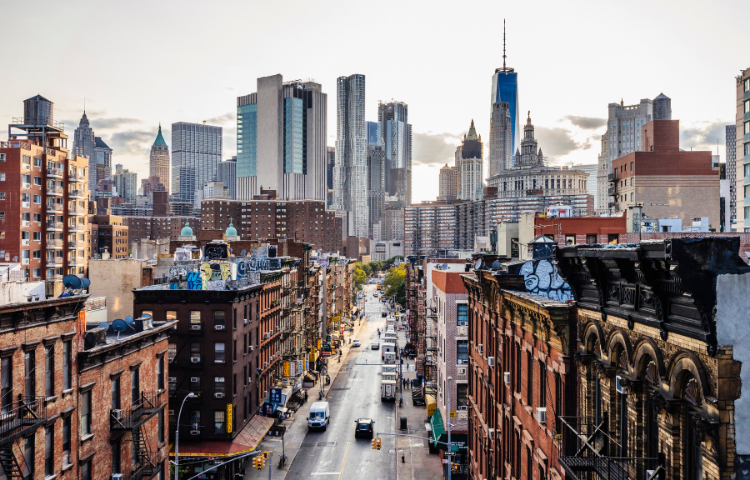 The prospect of 421a facing expiration without a replacement has the potential to upend new multifamily and affordable construction, making New York City’s dire housing shortage even worse. For a more detailed picture of what’s to come without 421a, Partner Insights spoke with Ross Moskowitz, a real estate partner at the national law firm Stroock & Stroock & Lavan LLP, and former New York City Economic Development Corporation official.

Commercial Observer: At this point, the future of 421a seems shaky at best. Do you see any hope for the survival of 421a or a similar statute?

Ross Moskowitz: I do, but I question whether it can occur before either the primary or general election in November. I think there’s a lot of support for it across the board — from the Real Estate Board, the unions, the mayor — but the politics right now, especially with the governor running for election, make it very difficult.

So let’s say, hypothetically, that Gov. Kathy Hochul stays in office, and then next year we get some version of 421a passed. What happens to New York development in that interim, when there is no similar law on the books?

Back to the politics of the situation — developers and owners recognize this. So we’ll see a lot of projects race to completion by the end of June, when the law expires. But then we’ll have a period when developers wait to see what happens. The question is, how long will that interim period be? Is it six months? A year? Maybe even two years? During that time, you’ll have a holding pattern. What we’ve seen before in similar situations when programs were reaching expiration was sometimes our clients will think about repositioning their projects and pursuing rezonings and entitlements.

We have a dire housing shortage in New York right now, so it would seem that the best political position is the one that gets housing moving. Why do you think New York politicians are willing to allow 421a to expire? Why is that a politically acceptable position?

It’s an easy narrative to say that 421a is a giveaway to developers and that it should be eliminated. A recent report from the comptroller said it’s a giveaway, and that the city’s losing $1.77 billion this year in revenue. That plays well to a variety of constituents. No one wants to acknowledge that these are the exact programs that have allowed affordable housing to be built over the last 25, 30 years. The idea of a giveaway is a really good sound bite. However, it fails to take into account what is actually happening. What some politicians are saying is: You can build anyway, you don’t need this subsidy. But there’s nothing to show that this has happened historically, or will happen in the future. It’s a game of chicken, with the creation of affordable units at stake.

Let’s suppose that even after the election, no replacement comes. How does this affect the development over the next few years?

There are a lot of variables. We’ve heard conversations about property tax reform — even those who are against 421a — consistently say we need to overhaul the real estate property taxes in New York City and state. However, that’s going to take a couple of years. So until that gets done, it’s going to limit the amount of affordable housing — and new housing in general — that can be built. If there’s no program where developers can offset their fixed costs, then we’re going to see a decrease in applications for building permits. Anyone who says otherwise is being naive.

If 421a disappears, are there other mechanisms that can help developers minimize their losses and maintain a healthy development slate?

In the past, the city and state have helped with cheaper financing — whether through the city’s HPD, HDC, or the state’s HFA, all the different programs that offer discounted financing. They’re going to have to step that up to help offset these costs. What I think some of the 421a naysayers forget is that these projects will not get built without subsidies. The cost of land is too great. So unless you somehow figure out a way to lower the cost of land — which is unrealistic — then it’s naive to think that there won’t be some subsidies given to developers who are trying to build these units. So elimination of 421a may play well to certain constituencies, but it will just increase additional subsidies government will have to outlay through these and other programs.

So accounting for all that, what effect will 421a’s expiration have on the city’s housing supply five to 10 years from now?

I think two things will happen. I think we’re going to see more government-sponsored projects which could be all subsidized units. They won’t have mixed — affordable and market-rate units — together. I think we’ve all learned that having those units together is more economically equitable and provides for better and more diverse neighborhoods. You’ll have less of that. And second, I think you’ll have fewer units being built. I don’t think that is the best way forward for economic development in the city. You need a mix of neighborhoods and the ability to do affordable housing throughout the five boroughs, not just in certain areas in the outer boroughs, which is what it has historically been.

And what does all this mean for housing prices over the next few years?

There’s certainly a theory that says less housing stock means prices will go up, because when there’s more product, prices come down. I don’t know if that’s always true, but that’s the general theory economists will articulate. That’s going to make it even more difficult for the affordable housing inventory to be created.

To sum all of this up, what will the loss of 421a ultimately mean for New York’s low- and middle-income residents?

Absent some substitute for 421a, its loss will have a negative impact. It’s going to yield fewer units, and there’s already a significant housing shortage. That’s a failure for opponents who believe that this is somehow a tax giveaway. The failure here, from my perspective, is that they are assuming that projects will be built absent the program. The opposition’s position lacks an understanding of general real estate principles, as it fails to account for the cost of construction, the cost of operating a building, and what it costs to do business and build in New York City.