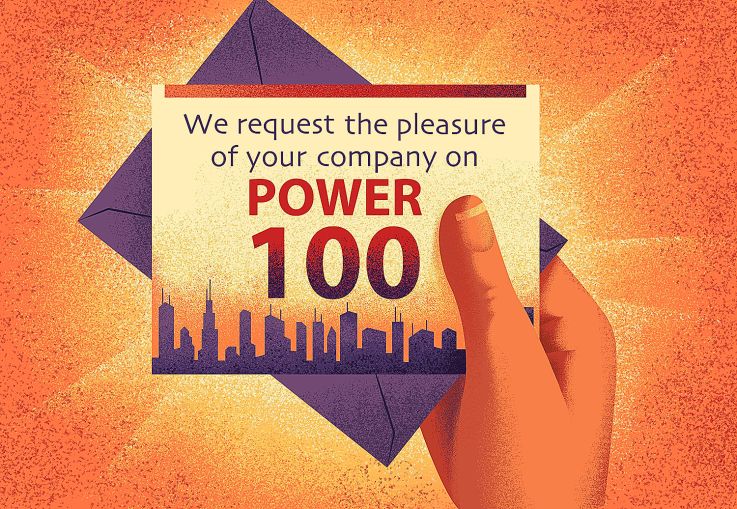 Hot enough for ya? Seriously, though, the springtime heat is usually a harbinger of Commercial Observer’s power season. Fresh off our Power Finance list two weeks ago, CO now presents its Power 100, our annual ranking of the 100 most important people in commercial real estate, which we dropped last week.

In a move that would surprise nobody who reads the news, Blackstone’s Ken Caplan and Kathleen McCarthy claimed the top spot again. And it’s pretty clear why from just a small smattering of the firm’s activities over the past year: The $6 billion acquisition of Extended Stay America (together with Starwood Capital Group); the $3.1 billion purchase of WPT Industrial Real Estate Investment Trust; and, on the multifamily side, the $3.7 billion Resource REIT buy and the $3.6 billion purchase of Bluerock Residential Growth REIT, to name a few.

So it seemed to be a fight for second place, and SL Green Realty came out on top. There’s 1 Vanderbilt, which opened in the throes of the pandemic and is sitting at 97 percent leased; locking down IBM as a 328,000-square-foot anchor tenant at 1 Madison Avenue; and SL Green picking up its first office building since 2018 with the $445 million purchase of 450 Park Avenue.

It’s worth digging in beyond the top 10 (or just trying to find where you landed on the list) to read about the impressive work others did in the past year.

Industrial has been de rigueur for real estate during the pandemic. That continued the past year, with the CEO of the country’s largest owner of industrial assets, Prologis, jumping from No. 18 to claim the fifth spot.

Politicians also came back on the list this year with Gov. Kathy Hochul (No. 6) and Adams (No. 33) striking a much friendlier tone to the real estate community (so it’s not surprising many real estate professionals jumped shipp to politics in 2021).

And one thing remained clear when talking to people for the Power 100 list, and that’s that Class A office space was a commercial real estate winner during the pandemic.

Again with the COVID

In sentences we hoped we were done typing, cases of COVID-19 have started to steadily rise across New York City and much of the country again, largely due to omicron variants.

New York has started logging 4,000 new cases daily — but that number is likely higher because it doesn’t account for home tests — and nearly 800 people are currently hospitalized with COVID-19, according to data from the city and state.

New York City’s COVID risk level was moved to “high” by officials, and it’s recommended people mask up in indoor settings again. Despite the rising numbers, Mayor Eric Adams said he doesn’t expect to bring back any mandates until “there comes a time that our hospitals are in a state of emergency, or we’re trending that way, and my doctors that run the hospitals tell me this is what we need to do,” according to The New York Times.

But that hasn’t stopped some companies from delaying their long-awaited return-to-office plans. Apple told employees that for “the time being” it will pause mandating that workers head into the office three days a week, which was supposed to start May 23, because of rising COVID cases, Bloomberg reported. It’s still planning to require employees back two days a week.

Adams’ unwillingness to bring back COVID mandates might earn him mixed ratings, but his other comments this week are sure to win him even more friends in real estate.

The swaggalicious mayor criticized the New York City Department of Buildings to a crowd of real estate members at a The Real Deal event and said the DOB should “roll out the red carpet” for developers.

“You would think we were doing something wrong by wanting to build in our city,” Adams told the crowd.While Adams might be seemingly pitching himself as the Bizarro de Blasio to the real estate industry, the city might not be done with de Blasio prime. The former mayor announced on Friday that he was planning to run for Congress in the newly redrawn 10th District that includes Lower Manhattan and parts of Brooklyn such as Dumbo, Prospect Heights and de Blasio’s home neighborhood of Park Slope.

And now for a bit of deals

Brookfield Properties nabbed its first lease at the 660 Fifth Avenue office tower it’s redeveloping after taking it over from Kushner Companies in 2018, with financial service firm Macquarie Group locking down for 221,764 square feet.

But Rudin Management and Boston Properties weren’t so lucky at their Dock 72 project in the Brooklyn Navy Yard. After speculation that Vice Media Group would ditch its Williamsburg, Brooklyn, offices for Dock 72, the firm instead inked a four-year renewal for its 77,700 square feet at 289 Kent Avenue.

The industrial sector’s strength continued with Link Logisitcs picking up a warehouse in the Bronx for $75 million and EverWest Real Estate Investors grabbing a New Jersey industrial warehouse for $65 million.

Meanwhile, CBRE doubled down on flex office space by investing another $100 million into Industrious, while Cushman & Wakefield acquired the three-office team of Cresa Partners of Los Angeles.

Dig into some longer stories

What better way to spend a lazy Sunday than catching up on some of CO’s longer features?

This week we looked into the luxury development boom happening in Miami’s bayfront Edgewater neighborhood that picked up dramatically over the last five years.

And in less positive news, we looked at how venture capitalists have started to shrink their funding to tech startups and why that could be bad for office leasing as these firms have been driving leasing recently.