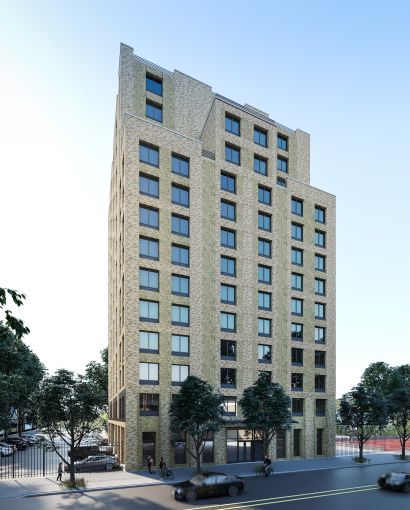 Asland Capital Partners and Pembroke Residential Holdings have secured a $100 million financing package to build an affordable senior housing development in the Soundview neighborhood of the Bronx, Commercial Observer can first report.

“Diverse communities like Soundview have been particularly hard hit by the housing crisis, making projects like this, which is providing much-needed quality, affordable, senior housing, absolutely essential,” said Dan Alger, co-head of the  Urban Investment Group within Goldman Sachs Asset Management. “We are excited to participate in this project alongside our public and private partners as we deepen our commitment to the Bronx.”

Located at 1940 Turnbull Avenue, the 14-story project — slated for completion in fall 2024 — will be designated for ages 62 years or older, with 30 percent of the units set aside for seniors who were formerly homeless. The investment is part of Goldman Sachs’ $10 billion One Million Black Women initiative, launched in March 2021.

“We are excited to play a leading role in this major development in the Soundview section of the Bronx, an area where I have worked to preserve 2,500 units of affordable housing over the past 15 years,” James H. Simmons III, CEO and founding partner of Asland Capital Partners, said in a statement.

The project’s partners are seeking to obtain LEED Gold designation as part of their environmental, social and governance (ESG) commitment. Some of the planned sustainability features include low-flow water fixtures, a high-performance building envelope and a green roof.

Asland and Pembroke previously teamed up to acquire the nearby 353-unit Park Lane apartment building on 1965-1975 Lafayette Avenue in the Bronx in 2019 and have since completed over $8 million of capital improvements. The property was built in 1969 as part of New York City’s Mitchell-Lama affordable housing program.

“We are thrilled to work with Asland and Goldman Sachs to develop high-quality affordable housing for seniors, a vulnerable demographic that continues to be underserved throughout New York City,” Josh Siegel, head of development for Pembroke Residential Holdings, said in a statement.