Trophy property is one of Florida’s top retail destinations 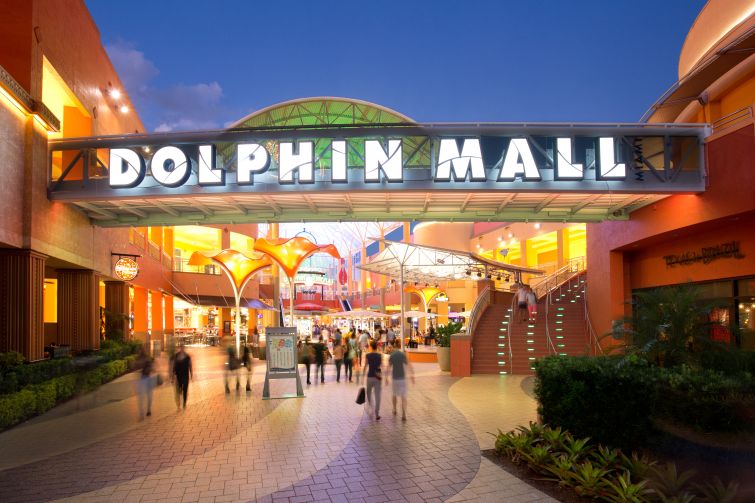 The 1.4 million-square-foot super-regional mall is one of the highest-volume shopping centers in the United States, and surpassed pre-pandemic income in 2021, according to CMBS loan documents. Net income averaged more than $90 million annually in the three years preceding the pandemic, but declined to less than $70 million in 2020. However, income bounced back to $93 million in 2021 as travel restrictions eased and businesses reopened, per documents from DBRS Morningstar.

The two-year, interest-only floating-rate loan was issued at a 2.6 percent interest rate. The loan was issued by Wells Fargo and JPMorgan Chase and has three 1-year extensions. Loan proceeds will be used to pay existing debt and cover closing costs. Taubman declined to comment on the transaction.

The mall was appraised in January at $1.67 billion, or $1,166 per square foot, which equates to a 59.7 percent loan-to-value ratio. However, an appraisal report from Cushman & Wakefield projected the mall value would improve to a stabilized market value of $1.7 billion by Jan. 1, 2023, due to the opening of the planned Live At Dolphin Mall.

Taubman and Cordish announced plans last December to build Live at Dolphin Mall at a cost of $20 million, with Taubman contributing $3.5 million and the balance from Cordish. It will renovate 32,000 square feet of exterior-facing restaurants and add a 30,000-square-foot outdoor plaza as a gathering space for live music, sports viewing, festivals and community events. It will be anchored by a Sports & Social restaurant.

The mall was completed in 2001 and has more than 240 stores and restaurants. It is Miami’s largest outlet center with a roster of national brands, restaurants and big-box retailers such as Bass Pro Shops Outdoor World, Saks Off Fifth, Forever 21, Ross Dress for Less, Bowlero and Cobb Theatres.

Occupancy at the mall averaged 96.2 percent between 2017 and 2021, never falling below 92 percent despite pandemic-related store closures. Miami has the lowest retail vacancy rate across 81 markets tracked nationally at 3.4 percent as of the first quarter, according to Cushman & Wakefield’s U.S. National Shopping Center Markets report. That’s compared with an overall 6.3 percent vacancy rate for retail properties nationally.