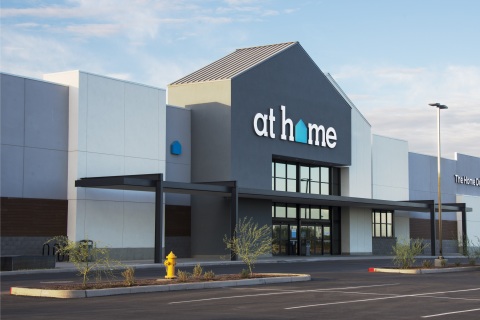 At Home has a second New York City outpost coming as the retailer just signed a 135,000-square-foot lease at Bay Plaza Shopping Center in the Bronx.

The deal is a sublease between the retailer and Transformco, a Chicago-based company that acquired the assets of struggling department stores like Kmart or Sears. The landlord is Prestige Properties and Development.

Erin Grace from JLL represented the sublandlord while Welco’s Jerry Welkis handled the deal for At Home.

“The tenant wanted to make sure that the sublease would be recognized by the primary landlord, which would be Prestige, so we were able to work that out,” Welkis told Commercial Observer.

Welkis declined to provide the terms of the sublease.

The Bronx outpost will be “more of a superstore” and the largest At Home outpost in New York, according to Welkis. The retailer has other spots in Rockland County and Long Island.

Transformco and JLL did not immediately respond to a request for comment.

At Home expects to open in the spring and will possibly absorb foot traffic from The Mall at Bay Plaza nearby, according to Welco Realty. The retailer has 240 locations across the country.