The ongoing problem, worsened by the wider opioid epidemic, could in turn worsen labor shortages 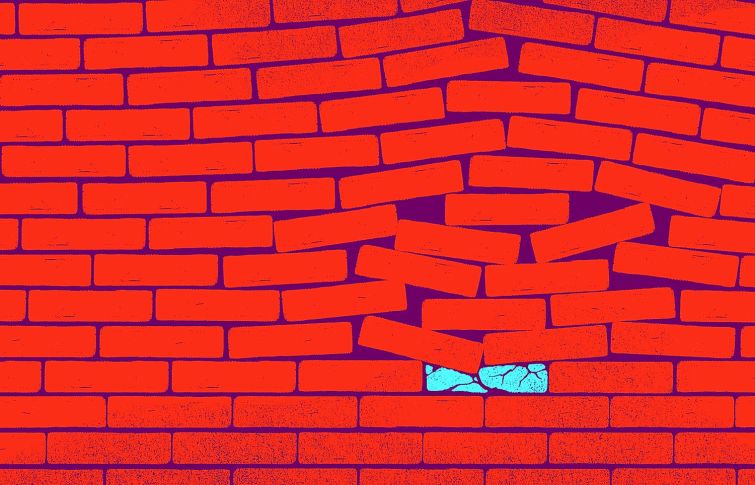 The aches and pains associated with the physical labor of construction — the grinding monotony that hauling, breaking and lifting imposes on backs, shoulders and knees — have always been a price workers paid. How else to make it in an industry where a sick day can sometimes mean no pay?

But in recent years, increasing evidence has shown that the nation’s opioid crisis, inflamed by the aggressive marketing and prescription of drugs such as OxyContin, Vicodin and Percocet, has significantly impacted a workforce that has in so many cases simply followed medical advice to treat chronic pain.

“There obviously is illicit drug use that happens in all industries, but it’s not an issue of construction having a disproportionate problem with illicit drug use. That’s not where it starts,” said Chris Trahan Cain, executive director at the Center for Construction Research and Training (known by its old acronym CPWR) and safety and health director for North America’s Building Trades Unions (NABTU). “If you put someone on prescribed opioids for more than five days, it’s likely they’ll get somewhat physically dependent. And we see workers in our industry on prescribed opioids for years to deal with the pain they have from their work.”

The significant and sustained rise in substance issues facing the nation at large, and the construction industry in particular, comes at a time when the construction labor force grapples with significant challenges in finding and hiring enough workers to keep up with demand (the Associated Builders and Contractors estimates a shortfall of 650,000 workers this year alone). Fighting this substance-abuse scourge has also become a much larger focus for many industry groups, unions and organizations against the backdrop of the nation’s larger opioid epidemic, which reached a grim milestone in 2021 when it caused more than 100,000 deaths in a single year.

This issue hasn’t caused labor shortages or issues in the unionized construction world, said Lou Coletti, president and CEO of the Building Trades Employers’ Association (BTEA) New York, because he says union job sites have a pipeline of available workers and apprentice programs, and never let it lapse.

Still — and despite a lack of hard data on national workforce impacts, such as hiring challenges and lost workdays — industry sources and existing research suggest the effects of the opioid epidemic on construction work is likely significant. A 2018 study by the Midwest Economic Policy Institute put the annual cost of opioid addiction on construction firms in the Midwest alone at $5.2 billion, with each employee suffering from an untreated substance abuse issue costing an employer $6,800 a year in excess health care expenses, absenteeism and turnover costs.

“[The opioid crisis] is not getting any better. It affects people of all classes, races, jobs, employers, labor — doesn’t matter where you’re from,” said Tom Gunning, executive director of BTEA Northeast, which organized Recovery Week in late April. The annual event to raise awareness and action around the issue, first held in 2019, included a 150-
second stand down and moment of silence on job sites around Boston to mark the 150
opioid-related deaths per 100,000 construction workers annually.

“It’s my job to put Recovery Week on to save lives, but to also make it clear that it’s OK to come forward and say I have a problem and I’m suffering from something,” Gunning added.

An estimated 10 percent of the construction workforce, or 1.2 million workers, have used prescription opioid analgesics in a given year, according to recently published research from the American Journal of Public Health. That may be an undercount, since the data set comes from surveys taken between 2011 and 2018. Gunning said that a big part of the problem, historically, has been workers dutifully taking prescription pain medication, becoming addicted and, in extreme cases, seeking illegal drugs on the street if they’re hooked, including heroin or fentanyl.

“All of our research points to injuries and pain being a very important factor in workers being prescribed opioids,” Cain said. “One of the things that changed is, previously, prescribed opioids were just used for after-surgery pain, end-of-life care and breaking bones. Instead, doctors were educated to prescribe opioids for all pain.”

While pain, musculoskeletal disorders and injuries have been a fact of life in the construction trades for decades — even after years of decline, the injury rate for construction is nearly 30 percent higher than other industries — Cain said the focus on opioid and substance abuse has been relatively recent.

The issue started to surface roughly a decade ago, said Coletti, when unions began adding more substance-abuse resources. A 2017 report in the Cleveland Plain-Dealer found construction workers were dying of opioid abuse at a rate seven times higher than other professions, findings that have since been supported by numerous studies in other cities and states. In 2019, roughly one person in the construction industry died every day of an opioid overdose in Massachusetts. In 2018, CPWR began investigating the issue from a public health standpoint, focusing on reducing injuries and pain in the workforce as a prevention measure.

Cain said the only other industries with somewhat comparable overdose deaths are fishing and forestry, other seasonal industries with a precarious boom-and-bust culture that subjects workers to similarly demanding physical labor. There’s a financial incentive for workers in these situations to use painkillers and pop a pill to get back to work, often  before injuries fully heal. A 2021 study of union health claims found that construction workers had high rates of musculoskeletal disorders, 6 percent of whom were given long-term prescriptions for opioids as treatment. Those with long-term prescriptions had a “nearly 10-fold odds of developing an opioid-use disorder,” according to the study.

“I’m not sure who normalizes it,” Cain said. “Is it the employer who says, ‘Come to work on prescribed opioids’ or the worker who says, ‘I need to work to get paid, and need to control my pain to work’? It’s not one thing there.”

There has, of course, always been an effort to keep people who are impaired off job sites, Cain said. But policies like drug testing aren’t enough. While a lot of employers require routine testing, a worker who has a legal prescription for painkillers can’t fail a drug test.

“We don’t really know how many or what proportion of construction workers are on prescribed opioids, but some of the data we see is pretty startling,” she said.

There’s also the tricky issue of marijuana use. Marijuana is increasingly legal in more cities and states and challenging to test for, since traces of the drug can remain in the body for up to a month and not necessarily impair work, said Coletti.

One of the most significant challenges is creating a safe environment for employees to come forward and seek help without feeling like the request will jeopardize their livelihood, said Lauren Rayner Davis, an associate lawyer at Peckar & Abramson who specializes in labor issues. Employers should encourage employees to voluntarily seek assistance for emotional and personal problems, Davis said. Workplace policies should also guarantee any employee who comes forward and admits that he or she has a chemical dependency problem will be eligible for a leave of absence to secure treatment, provided such leave does not cause undue hardship on the company, Davis said.

Cain said CPWR has also held educational campaigns to destigmatize this issue and educate workers, as well as to get workers to educate their physicians so doctors are more aware of the potential dangers of prescribing certain painkillers. They want to stop the prescriptions from starting in the first place, and to help those taking addictive drugs to carefully get off them.

“There’s been a societal progression in the way we handle this,” Coletti said. “Ten years ago, it may have started out as alcohol abuse, which became alcohol and drug abuse, and how you define it is a moving target. We made our programs broader and broader, because we had the institutional structures to do so.”

New York University professor and researcher Danielle Ompad, who has published studies on construction workers and substance abuse, concurs, arguing that prevention and harm-reduction programs are needed to prevent overdoses. Gunning and Coletti said BTEA efforts have pushed more awareness on job sites, and the institution of EAPs, or employee assistance programs, on every job site has made drug and alcohol counselors and abuse programs commonplace.

This kind of awareness and acceptance is key to countering the ingrained culture of just working through it.

“It’s the machismo of the industry,” Coletti added, “the attitude that I can do anything, defeat anything, and put it to the side and not let it affect my work.”