The trend is symbiotic: Architecture, engineering and construction companies get new technologies and services, and the proptech firms get lots of cash. 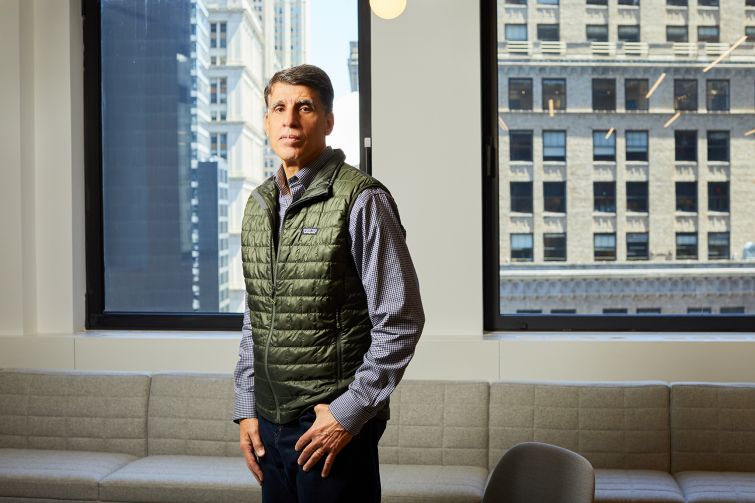 The relationship between the architecture, engineering and contracting (AEC) wing of the real estate business and the proptech industry is evolving — not least through AEC investment in startups. And that’s bringing new profits and innovations.

A Redwood City, Calif-based cloud engineering simulation platform used in the development of smartphones, biomedical devices, driverless cars and IoT devices, OnScale was originally created for the U.S. military, which wanted to shrink sonogram machines from the size of refrigerators down to handheld devices for battlefield use.

Although OnScale didn’t fit Thornton Tomasetti’s business, the company saw the startup’s value in areas like ultrasound technology. “We thought we were going to be essentially just building a better and larger market for the ultrasound world,” Scarangello said. “And then we followed the unimagined track towards this cloud computing solution. That actually turned out to be the path of higher value and ultimately what ANSYS saw, as well.”

Earlier this month, proptech development in the AEC sector got another boost when San Francisco-based Brick & Mortar Ventures, a construction tech venture firm, and Chicago-based BuiltWorlds, a worldwide network in the built industry, joined to create Formwork Labs. It’s an early-stage accelerator program focused on emerging technology for the construction industry.

The new company is intended to foster innovation and growth among entrepreneurs and startups developing software and hardware solutions in the construction industry, including architecture, engineering, construction and facilities management, according to the Brick & Mortar Ventures’ announcement.

“Brick & Mortar Ventures invests in seed and Series A stages, but we try to speak with the entrepreneurs as early as possible to start building relationships and helping them out throughout their journey, before they get to a point where they’re ready for investment from us,” said Alice Leung, vice president of platform and product strategy at the VC firm.

“From talking to a lot of these entrepreneurs at the earliest stages, the biggest feedback that we’ve gotten was that they were looking for introductions to customers for feedback on what they’re working on,” she said. “Or they were looking for early beta partners and early pilot projects. Given that, we felt like there was an opportunity to get involved a little bit more.”

BuiltWorlds, which was founded in 2014, has seen a “tremendous growth in the memberships of their communities and attendance at their conferences over the last couple of years,” said Leung, adding that in the same period, her firm “started seeing a lot more entrepreneurs from outside construction, interested in construction. There’s a lot more interest from corporate partners getting involved with the startup community.

“So we decided to collaborate with BuiltWorlds to help fill this need and interest from BuiltWorlds’ members. Plus, we wanted to have a more structured program for early-stage entrepreneurs. So I think timing really played into that.”

As Brick & Mortar Ventures is focused strictly on the construction industry, it sees itself as filling a need in contech acceleration. That’s because proptech accelerators only partially overlap with the built sector, Leung said.

“Proptech was growing a lot faster and earlier than construction tech,” she said. “And this kind of goes back to the founding story of Brick & Mortar Ventures. [Brick & Mortar founder] Darren Bechtel knows [Fifth Wall co-founder] Brendan Wallace really well. They started at about the same time, but, just given their knowledge of the maturity of the technology for property developers versus the traditional kind of contracting business, they raised different size funds, knowing that the maturity levels were very different.

“So, for us, focusing a lot more on construction tech, we’re seeing that there were a couple of accelerator programs out there like Suffolk Tech’s Boost program,” Leung said. “They’ve already run two cohorts, but their focus is just on the GC workflow. For us, we wanted something a lot more broader, leveraging BuiltWorld’s members.”

Formwork Labs accepted applications for its first accelerator cohort recently (the deadline was May 30), Leung said. The 10-week program will be mostly remote, but with two in-person events: BuiltWorlds’ Construction Tech Conference in Chicago and a demo day in San Francisco.

While AEC accelerator creation is on the upswing, seed funding is also getting a greater contech focus.

A few firms have banded together to form AEC Angels, a Manhattan-based venture fund specializing in seed through Series B+ investments. Members include Thornton Tomasetti, STO Building Group, Syska Hennessy and SHoP Architects.

“We created [AEC Angels] about a year and a half ago,” said Robert Ioanna, a professional engineer and the chief technical officer for Syska Hennessy, as well as one of the founders of its subsidiary, Syska Innovations, which invests in seed-stage companies, pilots their software and products, and develops technology within Syska.

“The reason why we came together was because each of our companies were exploring different innovations and partnerships,” said Ioanna. “We were getting very creative about how we were attacking the market. In looking at new products and things, there were a lot of our clients asking a lot of questions that we didn’t have the typical answer for anymore. One question our clients are asking is how do we get to net zero in our carbon footprint?”

So the companies behind AEC Angels went in search of products already commercially available and started trying to connect their clients with them. (A spokesperson for the venture declined to say how much money was in the investment portfolio, only that AEC Angels had invested in nine startups in the AEC tech space as of the last week of May.)

“There’s a prevailing notion amongst the four companies that there’s a disruption coming in the AEC space, and there’s a lot of money being poured into proptech and other funds,” Ioanna said “We have collectively decided that we want to be part of that disruption as opposed to our industry being disrupted by others.”

As one of the original member companies of AEC Angels, “We are investing in funds, and other funds were coming to us to evaluate the technology they were going to invest in,” said Thornton Tomasetti’s Scarangello. “They’re investing in our industry, but they’re going to [our] industry experts and saying, ‘Hey, what do you think of this?’ They’re turning to us as a kind of Shark Tank for technology.”