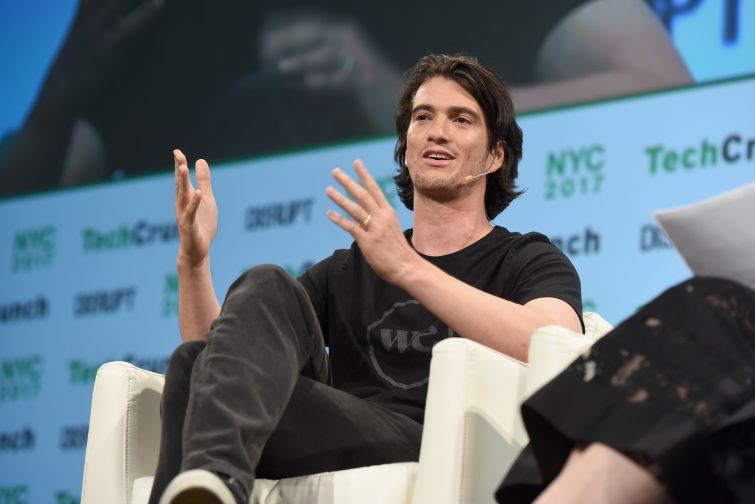 Adam Neumann and his investment partners just made a tidy profit of nearly $70 million in a Connecticut multifamily trade, sources told Commercial Observer.

The deal, which includes The Waypointe at 515 West Avenue and The Berkeley/  Quincy Lofts at nearby 30 Orchard Street, closed last week.

The transit-oriented buildings are part of Norwalk’s redeveloped Waypointe District, which spans seven acres. The buildings are currently 96 percent leased.

Constructed in 2014, The Waypointe was the first phase of the district’s revival. The 464-unit apartment community includes 56,000 square feet of retail and restaurant space and 1,027 parking spaces. The partnership purchased the asset in August 2020, paying $157 million, according to Commercial Real Estate Direct.

The Berkeley and Quincy Lofts were completed in 2017, sit one block apart and comprise 198 units. Their construction represented the second phase of the redevelopment. The five-story, 129-unit Berkeley includes 10,331 square feet of ground-floor retail plus a 371-space parking garage. Quincy Lofts features 69 units plus 87 parking spaces.

The previous acquisition price for The Berkeley and Quincy Lofts was roughly $69 million, with the partnership landing a $55.8 million acquisition loan for the purchase in February 2021, according to Real Estate Weekly.

One source simply described the trade as “a successful and profitable deal” for Invictus and Neumann.

The multifamily sector has been on fire from an investment standpoint these past two years, and the portfolio assets— located in Fairfield County, one hour from Manhattan— benefit from easy access to I-95 and the Metropolitan Transportation Authority’s South and East Norwalk train stations.

The buildings also sit less than a mile from Norwalk Hospital— the area’s largest employer — and Fairfield University.

Adam Neumann, who stepped down as CEO of WeWork in 2019 has been snapping up multifamily investment opportunities of late. In January, The Wall Street Journal reported that entities tied to Neumann had been quietly acquiring majority stakes in more than 4,000 apartments valued at more than $1 billion in Miami, Atlanta, Nashville, Tenn., Fort Lauderdale, Fla., and other U.S. cities.

A spokesperson for Neumann and C&W officials declined to comment. Invictus and Beachwold officials did not immediately return requests for comment.