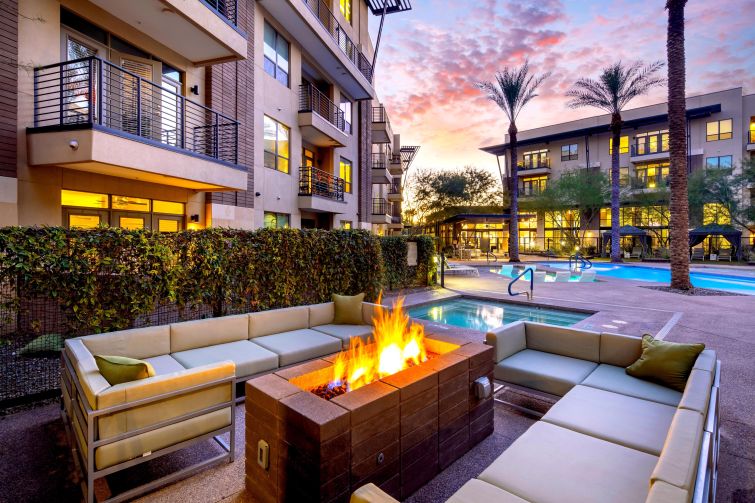 The Moderne, a 369-unit mid-rise multifamily asset in Scottsdale, Ariz., sold for $260 million last week, an average of $705,000 per unit. JB Partners acquired the property in what is being billed as the highest-priced single-asset core multifamily sale in Arizona history. The property was sold by developer JLB Partners, which completed the project in 2015.

Development in the area has been sparse even though Phoenix has been one of the top destinations for coastal renters seeking larger, affordable units over the past two years. Rent growth has been among the strongest in the nation during that time. The Moderne is one of 10 new apartment buildings completed in the area over the past two decades. It’s located near the 1.9 million-square-foot Scottsdale Fashion Square luxury retail center, and the building’s common areas include an expansive resort-style pool and spa, a resident clubhouse and a wellness center.

“In the backdrop of unprecedented multifamily demand, investors are chasing explosive rent growth, and the Phoenix metro area is the best example of that,” said George Entis, Transwestern’s national multifamily research leader. “Effective rents in the region soared 28 percent year over year to $1,638 per month, but trail the national average.”

Entis noted that the Phoenix metro also had the highest one-year total return among all the major markets tracked by NCREIF, at 50.4 percent as of the first quarter.

Cliff David and Gebing of IPA, a division of Marcus & Millichap, represented the seller. The property was secured by a $169 million loan from Forethought Life Insurance and Kref Capital.