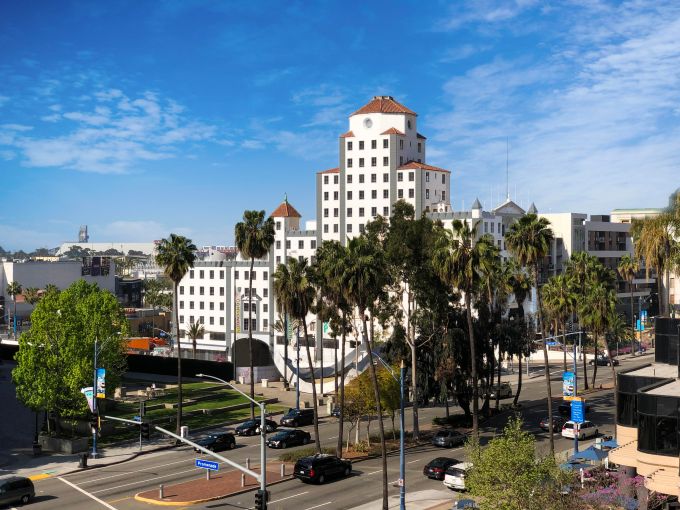 Pacific6 Enterprises also received $94 million of financing, including a $45.5 million C-PACE loan, from X-Caliber and CastleGreen last September for its Breakers Hotel & Spa property in Long Beach. Molina purchased the Ocean Center Luxury Apartments site in 2018 when it was a vacant office building. The 1920s historic landmark property will house 80 units with amenities that include a terrace, a clubhouse and a fitness center.

The $20.6 million C-PACE loan will finance energy upgrades aimed at significantly reducing greenhouse gas emissions at the rate of an estimated 189.08 metric tons of carbon dioxide per year. The project, which is slated for completion in early 2023, also includes three restaurants and a retail store.

Callahan noted that teaming up with its affiliate company CastleGreen provided an ideal combination for a “one-stop financing” deal that also delivers a positive environmental impact.

“C-PACE loans are really designed for this type of project,” Callahan said. “It is a historical property that qualifies under California’s C-PACE program.”

CSCDA’s Open PACE Program facilitates financing for property owners seeking infrastructure improvements for energy efficiency, renewable energy and water conservation. The platform enables borrowers to pay funds back over time through a voluntary tax assessment that provides a long-term, low-cost financing option along with an ability to transfer repayment to the next property owner.

“C-PACE is an excellent way for us to demonstrate our commitment to sustainable development,” Molina, founding partner of Pacific6, said in a statement. “We look forward to reopening the historic Ocean Center, bringing the 1920s to the 2020s in grand fashion.”

The Ocean Center Luxury Apartments project will save 466,256 kilowatts of electricity a year and reduce water consumption by 4.9 million gallons a year. Savings are estimated at $65,079 in the first year and $1.9 million over 30 years, according to X-Caliber.

Callahan foresees continued growth with C-PACE-backed debt deals in California and other areas of the country that are starting to advance the program, including New York City and Chicago.

“I really see it growing expeditiously,” Callahan said. “We are just scratching the surface.”