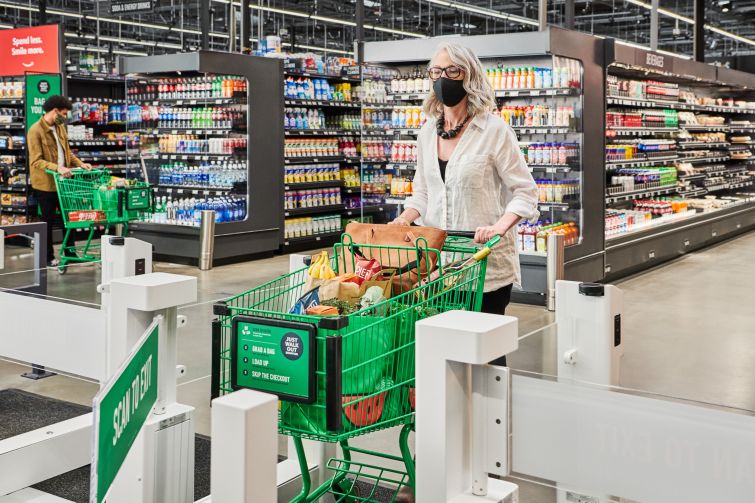 The three new Amazon Fresh stores each include about 35,000 square feet. gcornfieldcommercialobservercom

Amazon is opening three more brick-and-mortar grocery stores in Southern California that feature the ability to skip the checkout line for customers that set up digital payments.

The three new Amazon Fresh stores each include about 35,000 square feet. The first of the trio opened this week on Crown Valley Parkway in the city of Mission Viejo in Orange County. Next week an Amazon Fresh will open in La Verne in the eastern part of Los Angeles County, followed by a location in Murrieta in Riverside County on May 5.

All three include the feature that Amazon calls, “Just Walk Out Shopping,” by scanning in with the Amazon app and paying digitally.

Including those three new locations, there will be 14 Amazon Fresh stores in Southern California and 30 nationwide. The first Amazon Fresh opened in Woodland Hills, in the Warner Center business district in Los Angeles in September 2020. A year later, an Amazon Fresh near Culver City’s Fox Hills neighborhood sold for $35 million.

The stores offer Amazon’s 365 by Whole Foods Market products along with national brands like Coca-Cola and Kraft, as well as produce, meat, seafood, prepared foods, pizza and an array of local brands.