Weed-Infused Pizzeria Opening on Lower East Side on 4/20 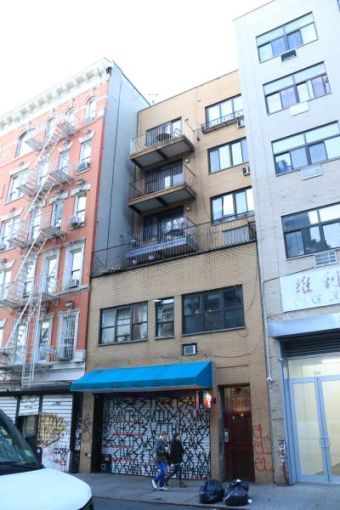 A weed pizza parlor will start slinging its cannabis-infused pies on the Lower East Side on 4/20.

Despite the stereotype of the lazy stoner, Aliessa said the deal was able to get signed “very quickly” partly because Stoned Pizza won’t serve booze.

“Stoned Pizza doesn’t serve any alcohol, [while] other tenants needed liquor licenses … [so] they were able to close very quickly,” Aliessa said.

Stoned Pizza has been open since 2020 in various spots in Manhattan and Brooklyn’s Coney Island, operating in the gray legal area of New York’s cannabis laws. While marijuana consumption has been legal in New York state since last year, retail sales of cannabis haven’t been, with state officials recently telling NBC that it should be by the end of the year.

That hasn’t stopped Barrett from charging $55 for one of his infused pizzas, with a full meal containing around 400 mg of THC per person (more than double the average joint), Insider reported.

The deal for the East Village outpost between Eldridge and Forsyth streets closed on March 31, and Barrett will build out a restaurant in 1,900 square feet on the ground floor and 2,100 square feet in the basement.

“He loved the space [and] the neighborhood location,” said Hillstone Properties’ Alfredo Hila, who represented Barrett in the deal. “It was fully built out [and] not too much work.”

Stoned Pizza’s new home was formerly occupied by the nightclub Omar’s La Boite. The swanky spot — known as a frequent destination for celebrities like Spike Lee, Samuel L. Jackson and Robert De Niro — might have closed due to the pandemic, but it certainly didn’t let COVID-19 stop it from allegedly hosting an invite-only party during the city’s lockdown in May 2020, NY Eater reported.

Namdar and Klosed did not immediately respond to requests for comment.