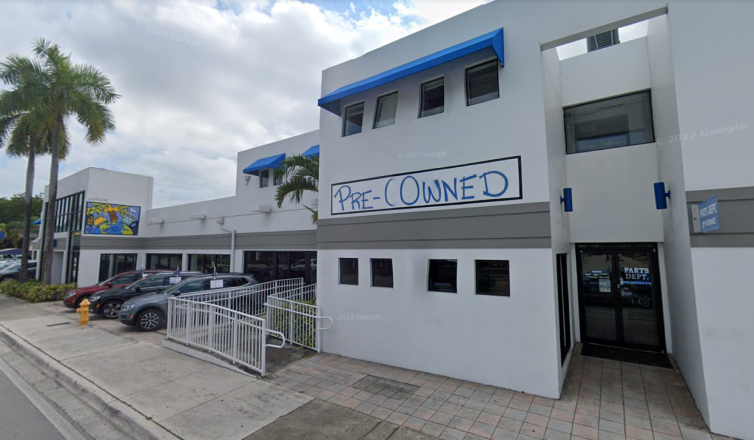 The Shoma Group will convert a car dealership near Miami’s Coconut Grove neighborhood into a residential development.

The Miami-based developer bought a 2.5-acre lot, currently home to Deel Volvo, for $34 million. Located at 3650 Bird Road, the parcel sits adjacent to South Dixie Highway, less than three miles from the University of Miami campus.

“This location is ideally positioned between Coral Gables and Coconut Grove, with the bustling entertainment and dining scenes of Miracle Mile and CocoWalk just a short drive or bike ride away,” Masoud Shojaee, Shoma’s CEO, said in a statement.

Shoma’s development will total 391 rental apartments across two towers, each 18 stories high. Some of the units will be turned into 375-square-foot microstudios furnished with space-efficient convertible furniture — a growing trend in South Florida as housing costs skyrocket.

The ground floor will feature a food hall, an amenity also found inside Shoma’s residential project in Doral, at 9420 NW 41st Street.

The developer expects the project to cost $220 million to build and has already secured approvals. Construction is expected to begin in January 2023 and end within the following 14 to 18 months.

Shoma had no outside representation. Michael Fay of Avison Young represented the seller, a joint venture led by Dan O’Malley, who owns several car dealerships across Florida, according to public records.

The seller plans to build a new dealership across the street.