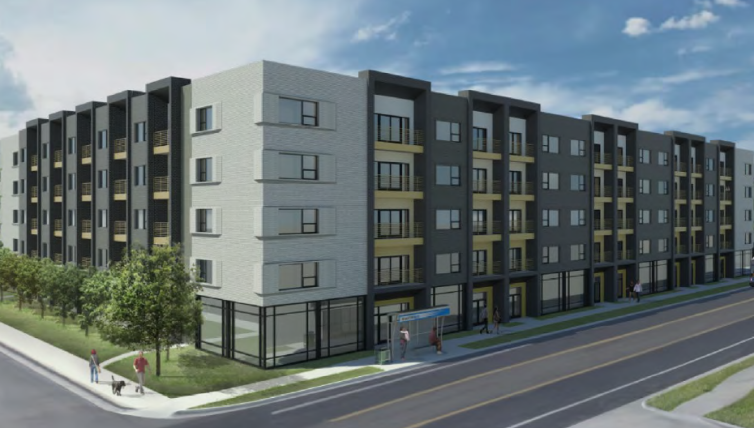 A rendering for The Emma project in Austin, Texas. Photo: Cumby Group

Cumby Group has sealed $37 million of construction financing to complete a multifamily development in Austin, Texas, Commercial Observer has learned.

Located at 3219 Manor Road in East Austin, The Emma will be situated on a 1.6-acre, controlled-access property that features a courtyard. Its amenities include lounge, pool, fitness center and onsite parking structure.

“RMWC has been active in the Austin market since 2017 and is privileged to be a part of the evolving East Austin submarket with its recent financing for the development of The Emma,” Curt Riggs, managing director, said in a statement. “The Cumby Group is a well-seasoned vertically integrated developer that has developed some innovative projects around Austin.”

Riggs added that RMWC has now closed more than $500 million of lending volume in just over a year’s period following this deal.

Austin was ranked the No. 1 market for commercial real estate investment in January by CrowdStreet, followed by Raleigh-Durham, N.C.; Nashville, Tenn.; Orlando, Fla. and Seattle.

Facebook parent company Meta Platforms announced plans in January to open a  589,000-square-foot office in Downtown Austin that will account for half of a new 66-story tower scheduled to open next year.