Veteran litigator Danielle Lesser talks about the renewed interest in force majeure, the rise of rent abatement and more as retail tenants and landlords emerge from the pandemic 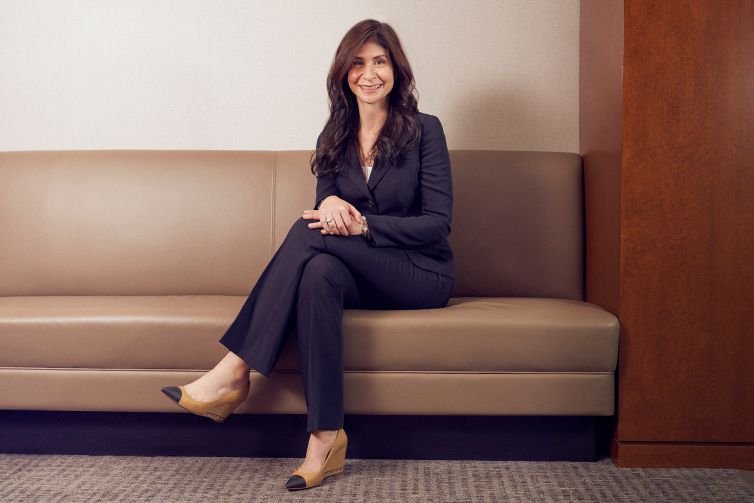 One could argue about this, but it does seem that no other category of commercial real estate is more weird and haunted at the moment than brick-and-mortar retail. All you have to do is look around and see the abandoned shopping malls, and all the once-envied locations that have been sitting empty for months and months, going on years and years.

Stores with doors had their problems even before COVID-19 came along. With the e-commerce revolution, stores had to adjust to the ease with which their customers could order goods on their laptops and smartphones. Many made the adjustment to food and gyms. After all, one can’t eat a good meal, or exercise, on their phone. Then there was COVID-19, and governors were declaring lockdowns and tourists were impeded from traveling and shopping. There went that customer base.

One of the people who got a guided tour of the wreckage was Danielle Lesser, chair of business litigation at the law firm Morrison Cohen, where she’s also a partner. She regularly represents retail tenants in disputes with landlords. It was a dicey situation. Many declared “force majeure” which, translated from legalese, means a force no one could have predicted. After all, who predicted a pandemic?

Were it only that easy. Who is the victim here? The retailers denied their customers? Or the landlords deprived of their rents? Both have to deal with a bank with its hand out.

Lesser in late April answered some questions from Commercial Observer and explained what is going on in the grueling world of retail litigation right now, especially from the tenant perspective.

Her remarks have been edited for brevity and clarity.

Commercial Observer: What is it that you do and what is your specialization, especially regarding retail?

Danielle Lesser: I have been a litigator for about 30 years. And I litigate very frequently in the real estate arena. I specialize in litigating retail leasing issues on behalf of retailers. And very recently, over the course of the last two to three years, I was very heavily involved in litigating a lot of issues on behalf of these very large retailers — nationwide retailers — in their disputes with landlords, which, in large measure, is a response to the COVID-19 pandemic. So it was not just litigation, it was also negotiation and dispute resolution to resolve issues that those tenants had in the payment of rent.

Just about all my questions involve retail. But I also wanted to give you an opportunity to talk about your non-retail expertise.

Is this a particularly special time in commercial real estate, either because of the pandemic or technology perhaps? Give me your overview of what has been going on.

It’s a very interesting time in real estate. Not specific just to retailers, but I think all parties involved are affected not just by the pandemic, but supply chain issues in very varied and interesting ways. You know, on the one hand in the retail sector you had the parties directly affected by store closures and government regulations. But in other aspects of real estate, you see the proliferation of logistics centers and warehouses.

You also see a shift in foot traffic. And that, I think, has affected a lot of different aspects of retail leasing. There are certain major corridors, for example, in New York City where people used to pay premium rents because of the foot traffic, and those areas really aren’t experiencing the same foot traffic that they experienced four or five years ago.

And, today, you see a move out to more suburban areas, because of the proliferation of the hybrid work environment and working from home. The consequences of the pandemic are impossible to encapsulate in a two-minute answer, but they are very, very far-reaching and have impacted real estate in a lot of very unique ways. And that has driven litigation in some very unexpected ways.

What ratio are you seeing between retailers trying to break in versus those trying to get out?

I would say that, today, for the most part, retailers have really reset their real estate portfolios during the pandemic. And I think, for those retailers who were successful in their negotiations with bigger landlords, they revamped their portfolio, they terminated some leases, extended others in locations that they felt were possibly more lucrative on a long-term basis.

You are dealing with retailers who have skinnied down their portfolios, who are now looking to opportunistically take advantage of a much more favorable rental market where landlords are much more flexible than I think they were before the pandemic. So, I think retailers right now are looking for those opportunistic leases in possibly different areas from where they might have looked three or four years ago.

It sounds like “flexible” is a euphemism for landlords lowering their rates, so landlords can have occupied space rather than empty storefronts.

In a lot of cases, you’re seeing lower base rents with higher percentage rent. You’re seeing changes to the way gross sales are being calculated, so that landlords can benefit from increases in sales that their retail tenants are experiencing. So, yes, I guess they have more skin in the game. I mean, I hate that phrase. But essentially their fortunes are rising and falling with their tenants in order to keep their spaces occupied and to keep foot traffic up.

What are the legal ins and outs of the relationship between retail tenants and their landlords these days. And is there enough commonality that they get along, or is it a dispute waiting to happen?

You’re also seeing some changes in provisions like force majeure clauses, which, I like to say, is sort of a new twist on an old clause. Force majeure clauses used to just be boilerplate that nobody ever took a second look at, and they, as you know, rose to prominence during the pandemic. And now those provisions are really getting a very, very careful look, by landlords and tenants, and they are much much more important than they ever were before.

For the people who may not know, explain exactly what force majeure is.

So, I would imagine, if you have a hotel, and the governor has just issued a lockdown or some foreign leader has declared there will be no international flights into some city where COVID-19 is happening, the hotel may suffer a sharp and unexpected decline in its clientele, and that might or might not be considered force majeure.

So you might have an unquestionable economic impact as a result of an unforeseen circumstance, but you have to look very closely at the clause to see whether that will excuse your obligation to pay rent. And that’s the very issue that landlords and tenants are focusing on in their negotiation of these clauses.

What new clauses are retailers demanding, and how have landlords responded?

A lot of them are focused on rent abatement — whether it’s a force majeure clause or rent abatement clause, or an obligation to stay open. Landlords and tenants have different strategies for addressing those types of provisions. And, obviously, tenants with more bargaining power are successful in achieving more favorable terms.

But landlords, for example, are requiring notice that a tenant wants to invoke a force majeure provision or some sort of rent abatement provision. The tenant has to provide notice within 10 days, or some period of time after an unforeseen circumstance arises. And, if the tenant doesn’t do it, then the tenant is foreclosed from saying that a force majeure event, or any other circumstance that would result in a rent abatement, has arisen.

Landlords are trying, as I mentioned before, to except the payment of rent from a force majeure or rent abatement clause, and tenants are obviously pushing back on those sorts of limitations. And tenants are insisting on provisions that talk about government shutdowns, pandemics that may interfere with their conducting their businesses as they normally would, and they’re looking for relief from that. Sometimes what you see in response to that is a limitation on the period of time of the rent abatement; maybe it’s limited only to six months.

With the supply chain issues that we’re experiencing today, landlords are having timing issues with tenant improvements. So sometimes they’re inserting force majeure clauses to relieve them from the obligation of delivering a premise at a certain time, and they’re unable to complete the tenant improvements because of supply chain issues. So you see the impact of the pandemic seeping into a lot of these standard provisions.

It seems these can be seen as existential on both sides. Retailers depend on customers having access to their stores, and landlords depend on their tenants being able to pay rent. What does that look like from your perspective?

What it looks like is an allocation of economic risk and issues that people are now far more aware of. It all comes down to a complicated mix of paying rent, increasing foot traffic, making sure stores are open, making sure they can open. And there is a push and pull from a negotiating perspective.

What you’re seeing is that some of these less desirable malls are struggling. Having said that, I think you’re also seeing a move from traditional e-commerce brands to using brick and mortar as a tool of marketing. A lot of traditional e-commerce online brands are now opening stores. Maybe not the size of store that you might have seen in the past, but you’re seeing them opening these stores. Whether they walk in, or they just walk by, customers see the brand, and it drives them either into the store, or online to increase sales.

It seems we are seeing the recession of the traditional shopping mall model of having a couple of department stores as anchors, and filling in the gaps with smaller stores. Now the mall is built around the food court, or the restaurants on the outparcels, or in some cases, actually in the mall.

I agree with you. And I think what you’re seeing generally is a rise in essential services that may not necessarily be essential services — but the provision of food is. And the rise in restaurants at centers, I think, focuses on the center’s recognition that you have to create an experience to drive foot traffic.

Right now, you can go online and buy your Lululemon pants without leaving your home; you’re not necessarily going to walk into the store. But, if there’s a great restaurant, or if there’s some other attraction at the center that draws you in, you just might walk into that Lululemon store and buy the pants. So you have to convince the consumer to actually have the in-store experience.